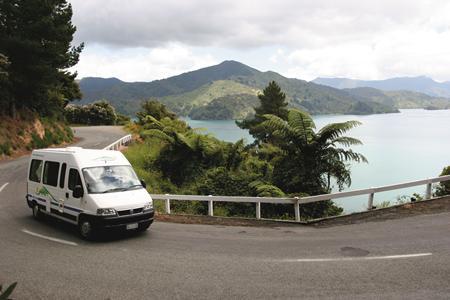 Many of us like to think that we live in one of the best countries in the world and the British have now rated us very highly as well.

Travelling around New Zealand in a campervan has beaten a trip to Disney World and an audience with the Queen among the top 50 things Britons want to do before they die, a survey has found.

The survey of 2000 adults in the United Kingdom found becoming a millionaire was the most popular bucket list ambition, followed by travelling the world, seeing the Northern Lights, walking the Great Wall of China and becoming mortgage free.

A trip around New Zealand in a motorhome came in at 29 out of the top 50 things to do before death, the Daily Mail reported.

It was slightly less popular than living and working overseas, a hot air balloon ride and flying a plane – but came ahead of more predictable choices like visiting Disney World, gambling in Los Vegas, driving a Formula 1 racing car, meeting a favourite celebrity and an audience with the Queen.

Britons are the third-biggest group of campervan users in New Zealand, accounting for 14 per cent of all rentals in 2011, according to research by Covec released last month.

More than 18,500 Britons travelled by campervan that year, renting 9090 vehicles for an average of 18.3 days each.

They pumped a total of $81.1 million into the New Zealand economy during their travels – $4380 per person.

WeatherWatch.co.nz believes we need to grab hold of a unique marketing opportunity but would a catch phrase such as – Come and see the land of the long white cloud before you end up on one – actually work?