Poll Results: Summer is toast! Tropics are not 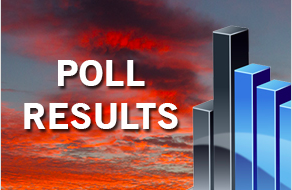 The results of our recent week long online poll shows that summer has well and truly peaked and is coming to an end.

A massive 86% say it feels like summer has peaked already. The poll started in the last week of February.

Some of the recent seasons have been running a few weeks early lately and that pattern continued in mid February when a more Autumn-like pattern returned to many parts of the country, especially south of about Taupo.

There’s no immediate change in the weather pattern – a brief cold change next week for some southerners will make it feel a lot more like Autumn. The tropics and sub-tropics are still very active though and we’re monitoring a potential sub-tropical low later this coming week for northern New Zealand. There are also a number of storms in the tropics which we are monitoring for potential of coming into, or near, the New Zealand area.

Despite summer coming to an end the oceans are only now peaking in warmth and this fuels more heavy rain makers. 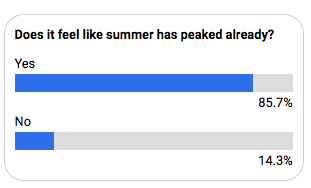 the summer months have nearly gone