Poll Results: Autumn coughs and colds not too bad so far 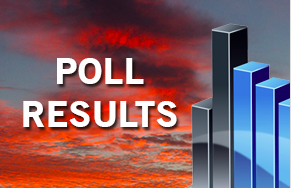 Our recent poll shows quite a few New Zealanders have so far not been hit by a cough, cold or flu as we change from the warm/dry summer to the colder/wetter winter.

A massive 68% say they have NOT been affected by coughs, colds or any flu so far this season.

15% said they have badly been affected.

The coldest weather of the year is still two to three months away and as the colder air and shortest days arrive many of us do tend to be affected in some way or another. The results so far are a positive sign as we turn the corner approaching winter officially in June. 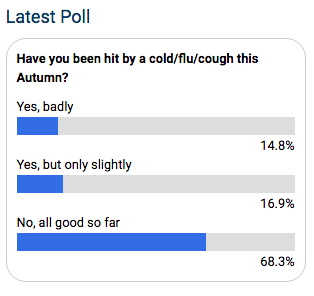