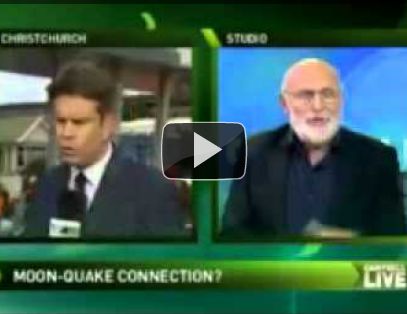 Last night’s Campbell Live interview with Ken Ring has caused widespread anger across social networking sites, including a blog written by media commentator Brian Edwards who said Campbell was a “disgrace to the interviewer’s trade”.

Edwards is well known for being critical of interviewers in New Zealand however this time he has the support of many in the public – at least, he has support from the vocal people on Twitter.

But, interview skills aside, was Campbell simply reflecting a mood throughout Christchurch and New Zealand that Ring’s predictions have no scientific base and therefore are doing more harm than good?

Whether you liked or hated the interview is irrelevant – we want to ask you this question – Do you believe Ken Ring is a credible source for earthquake predictions?

Does Ken Ring have any scientific qualifications??

Have a look at this Youtube video and see if you still think Mr Ring is credible:

He uses “+/- 4 days” either side of each event (full moon, new moon, king tides, perigee and apogee. This video explains what is wrong with his charts.

to me, this is the best indication of whether Kens theories have any substance.
Study the graph and make your own decision.

Anyone got extra toilet paper