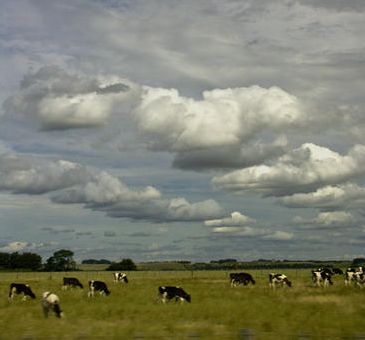 Many would argue that this summer has been one of the best we’ve had in many years, while some – particularly in Dunedin – might argue otherwise.

Record breaking temps, high humidity and long dry spells have been the theme of the 2010/11 summer – with a number of named tropical storms coming down our way too.

With summer officially ending tomorrow, we’re keen to see how you’d rate this summer – on a scale of 1 to 10.

10 being perfect, 1 being the worst and 5 being average.

How would you rate this summersurvey software

Lovely summer days but just too hot outdoors to be truly enjoyable. Trouble is the sun entices you out and within half an hour, your energy levels are sapping and you are seeking more pleasant conditions indoors again. Hopefully, if we have an indian summer this year,temperatures will be perfect, not too hot with a nice wee cool breeze to keep us all happy. I give a rating of 8.

Auckland was very average. No high temps At all… Not one day got over 29 in my Takapuna home. last year was warmer. What a lot of bollocks 1.5 million people live around Auckland and most are pleased but I lived in Aus and NZ summers just don’t do it… mainly because its all relative In Aus if you dont have 5 days in a row over 30 somewhere in a summer it’s Jackets on Bigtime!! We are too used to cold here and we never have the heat stay round long enough-even if it was hot at 3:50pm that day.

Def worst summer so far, Sceary how New Zealand weather is changing and how hot it is becoming in summer, hopefully it isnt any hotter next summer. I guess its global warming..

I am a Roading contractor which means that I am also accutly aware of the weather and its consequences. Unfortunatly I always want the opposite weather to the farmers expectaions.
I can tell you that this year has been an exceptional summer for hot dry conditions that are perfect for carrying out earthworks and Road construction. Its been a cracker summer!

Our summer ended sometime in mid-December 2010. Since then our temperatures and sunshine hours have been below average. Rainfall has been slightly above average. We have had many days of annoying dessicating westerly winds as well as the usual persistant northeasterlies(in the exposed Dunedin areas). I can recall when I first moved to Dunedin some 34 years ago being told by some wise local that Dunedin can expext one good summer in seven summers – I didn’t believe it then but now after so many years have also come to that conclusion too. It’s all a question of geographic location in relation to position in the great Southern Ocean and the weather systems that pass in their eastward track. Furthermore there is the overarching affect of topography. In other words ” you can’t make a silk purse out of a sows ear”

Apart from the relatively cool temperatures in NZ latitudes (no enormous continental landmasses or Gulf Stream to help), in Dunedin’s case the relative sunshine does not vary much over the year, December actually having the lowest % of possible in the longterm record.

Aveages over the entire period of record are more arbitrary to compute but follow a similar pattern, with FEb, Aug & Sept highest and December lowest (followed by May).

It made the local news when a ‘heat wave’ that reached 26 degrees with high humidity hit Wellington… To me, that should be the average temperature in summer! Apart from it being a bit more humid than usual (which is a good thing when in Wellington, because at least it actually feels hot!), summer here has felt pretty average – a lot of cold and grey days.

Actually well below the average amount of sun here, like the previous summer. But slightly warmer than average – your thermostat is not set for Wellington….

Great!!! Lovely summer. Have really enjoyed the cooler nights this week though. Makes for a better nights sleep

Great Indian summer – wind just enough to tan the body and not burn. Been on this earth long enough for it not to worry me anymore! Sun in moderation good, burn not. Sea temperature lovely even for a wingeing Pom!