POLL: How do you feel about Daylight Saving Time 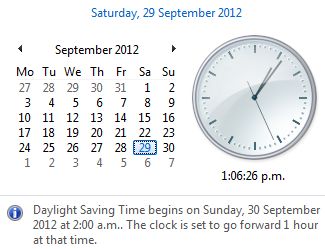 The concept of seasonally adjusting the clock has always been controversial.

It’s been added, removed and adjusted many times since its original inception here in New Zealand 85 years ago.

In fact, as recently as 2006, DST came up for review as heated public debate resulted in a petition to extend Daylight Saving Time being presented to Parliament with an estimated 42,000 signatures.

Minister of Internal Affairs Hon Rick Barker announced on 30 April 2007, that Daylight Saving Time would be extended from 24 weeks to 27 weeks, running from the last Sunday in September until the first Sunday in April.

So how do you feel about Daylight Saving Time?  Please vote in our poll and then leave your thoughts below.

How do you feel about Daylight Saving Time?

Scrap it as it completely messes with your circadian rhythm and has negative health effects!

Daylight Saving why do we have it here in NZ?

And why were the dates change to have it early,
when it use to be Labour Weekend & end at the end of March.

Kiwis should be aloud to vote weather we still want Daylight Saving’s or vote it out of NZ for good..

I for one don’t like Daylight Saving’s & vote it out..

Yes I like it out too. I hate daylight savings.!

Feels like I go to bed mid afternoon and go to work in the middle of the night, not good for one’s sleep feels like sleep deprivation

I’m sure we could all do with a bit more light after we return home from work!

It starts too early and finishes too late. It should be just for the summer months.

I support summer only