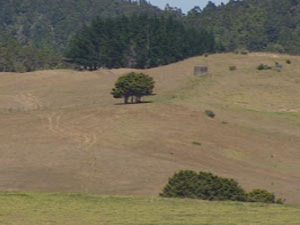 Farmers in parched pockets of the North Island have missed out yet again on the widespread rain which brought flooding and power cuts to Auckland and Wellington yesterday.

Federated Farmers adverse events spokesperson Katie Milne says while rain fell in almost biblical quantities in parts of the country, some areas – including parts of central Hawke’s Bay and areas west of Gisborne – have barely seen any at all.

“It’s really beyond desperate for these guys now – it’s just so frustrating and heartbreaking for them – when it’s a stone’s throw away and not getting to them – it’s a pretty poor situation they’re in.”
Ms Milne said about a fifth of the Gisborne-Wairoa region still has drought conditions, in particular an area about 30 kilometres west of Gisborne.

Further south in Waipukurau, she says, farmers got just 4mm rain and inland at Taihape just 9mm has fallen over the past three weeks.

Ms Milne says while some hills appear greener, the lack of rain means the grass has no root structure, making it impossible to put animals onto the pasture.

In most of the Auckland region the drought is broken and Federated Farmers Auckland president Wendy Clark says the majority of farmers are in reasonably good shape as they prepare for winter.
“They coped very well in my area with the drought. They all seemed to have their feed supplies worked out, and those who looked like they were going to run out of feed dried off earlier.”
She says they are doing well despite the challenges which remain, including getting weight back on cows before calving in July, building up a bank of feed and renovating pasture before winter.

Wairarapa farmers are also moving into recovery mode. Local Federated Farmers president Jamie Falloon says farms in the area are looking “pretty good” after receiving about 120mm of rain over the past 30 days.
He says farmers are now hoping they’ll miss the heavy rain that hit Wellington.
“We’re in recovery mode – we’ve had amazing growth really considering what it was like beforehand.
“The country’s looking (an) absolute picture of emerald green with grass growing everywhere.”
But he says it’s important not to be complacent because winter isn’t far away with its frosts and heavy rain.
“They very quickly gobble through all the feed that’s for sure.”

Showers are falling over parts of the driest areas this morning but fairly intermittently.