Pilot who landed in fog ‘put people at risk’ – watchdog 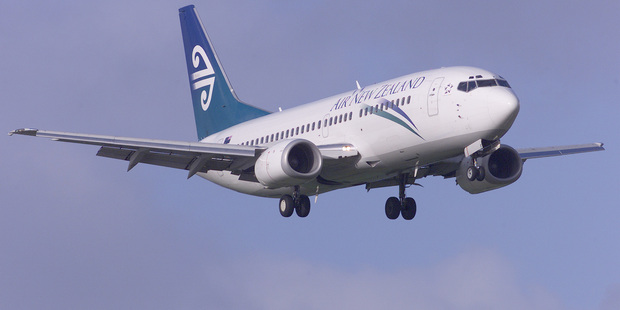 A pilot put the safety of six crew and 128 passengers at risk when he failed to initiate a mandatory missed approach when landing in foggy conditions, a transport watchdog has determined.

The incident occurred on October 29, 2011 during an Air New Zealand flight from Auckland to Christchurch, the Transport Accident Investigation Commission (TAIC) said in a report released today.

The captain was flying the aircraft while the first officer was monitoring. A check captain was also on the flight deck conducting an annual route check on the captain.

Six crew and 128 passengers were on board the flight which left Auckland at 7am, the report said.

When the flight departed Auckland, the forecast weather conditions for Christchurch were favourable for a successful landing.

However, conditions at Christchurch deteriorated en route, with low cloud and fog restricting visibility on the approach path to the runway.

The Boeing 737 made a standard instrument approach to the runway from the south, allowing the aircraft to descend to ‘decision height’ at 200 feet.

At that point the captain had to decide if he had the required visual reference to continue the approach – being able to witness the runway approach lights.

It was mandatory to initiate a missed approach and go around for another attempt if the pilot could not not make visual reference, the report stated.

The aeroplane was still in cloud and fog when it reached 200 feet, but the captain did not initiate a missed approach.

Both the first officer and the check captain were about to intervene when the runway approach lights became visible at about 100 feet.

The captain then landed the aeroplane.

The lack of a visual reference and the failure to initiate a missed approach was a safety issue, the TAIC determined.

The captain also failed to respond to two other procedural check calls which went unchallenged by the first officer – another safety issue.

The TAIC determined the captain failed to comply with the procedures and perform the mandatory missed approach because he was under stress brought on by the anxiety of having the check captain on board, the Canterbury earthquakes and other personal health issues.

The TAIC also determined that the captain’s failures should have been picked up and challenged by the first officer before the aeroplane reached decision height.

A statement from Air New Zealand this morning said it accepted the findings of the report.

“The captain no longer works for the airline, he retired shortly after the incident occurred.”