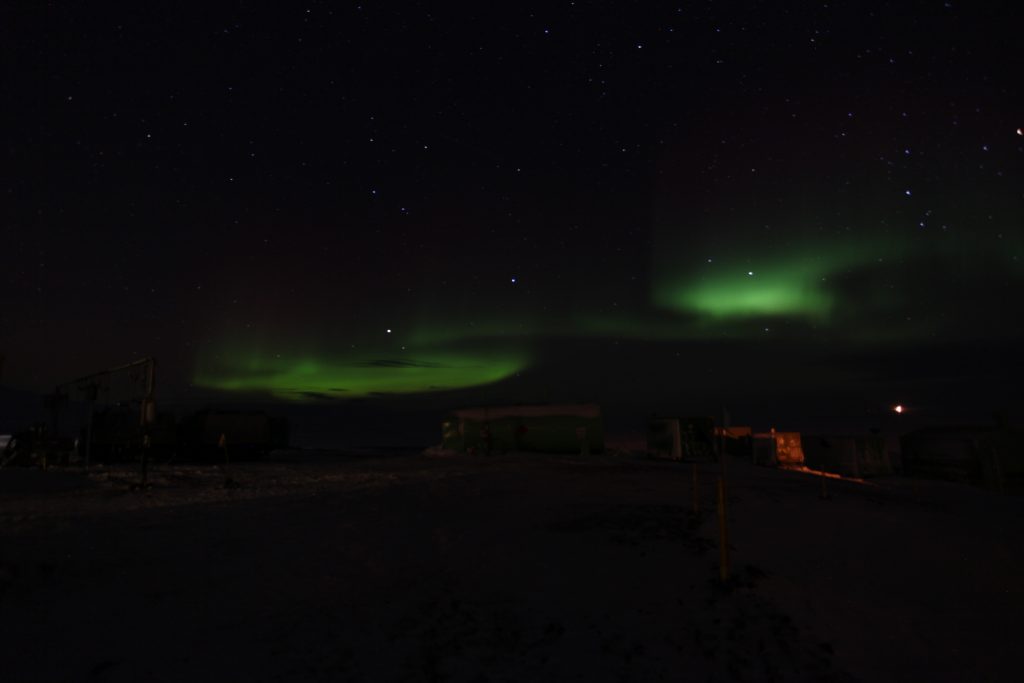 With the polar blast hitting the country at the start of the week, we received some spectacular images from the amazing team at Antarctica NZ – in the wake of the storm.

An aurora is a natural light display in the sky, especially in the high latitude (Arctic and Antarctic) regions, caused by the collision of solar wind and magnetospheric charged particles with the high altitude atmosphere.

The charged particles and solar wind are directed into the atmosphere by the Earth’s magnetosphere.

The Aurora has been entertaining the staff at Scott Base into “the wee small hours” according to Weatherwatch regular, Science and Communications Advisor Lisa Marie Brooks.

“It’s actually a balmy negative 41 degrees there today with a mere 17kmh SW wind and pitch black as the moon has all but disappeared!!!!

“The guys on base say they hope we enjoy the cold weather they’ve sent North!!

“It would be neat if you could share this with everyone in NZ.” 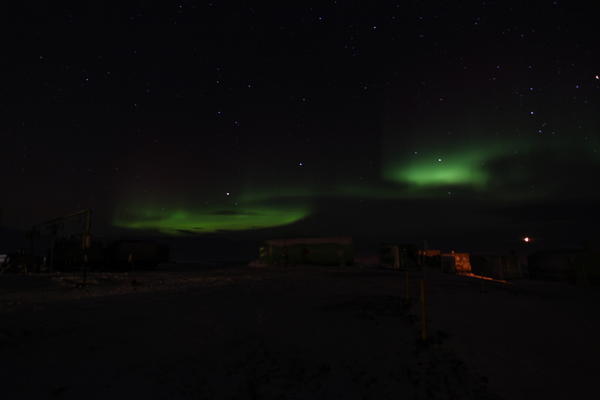