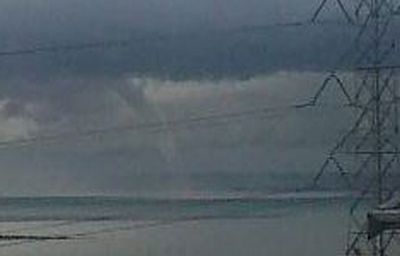 Updated – new photo added — Two waterspouts have been spotted in Manukau Harbour this afternoon.  Around lunchtime WeatherWatch.co.nz warned Auckland Civil Defence that there was a “low to moderate” risk of tornadoes forming later today in Auckland and again there are risks on Wednesday.

Waterspouts are simply tornadoes over water.

In the advisory to Civil Defence earlier this afternoon WeatherWatch.co.nz said the risk for isolated small tornadoes was “low to moderate” but the risk of one hitting your home was “very low”.

With unsettled conditions today, tonight and tomorrow across northern and western coastal areas of New Zealand people should be up to date with the latest weather information – and keep an eye on the sky as that’s your best self defence.

If you see or hear a tornado quickly find a sheltered small room like a closet or bathroom, keep away from glass, cover yourself and stay indoors until the storm has passed.

Civil Defence, in a statement put out today following the major deadly tornado in Oklahoma said “About 20-30 tornadoes are observed in New Zealand each year, most lasting less than 15 minutes. They are most frequent in the west and north of the country. Damage paths are 10 to 20 metres wide and usually less than 5 kilometres long.”.

While these small tornadoes are nothing like the ones in the US today, they can still be deadly – as we’ve seen in Auckland in previous years. 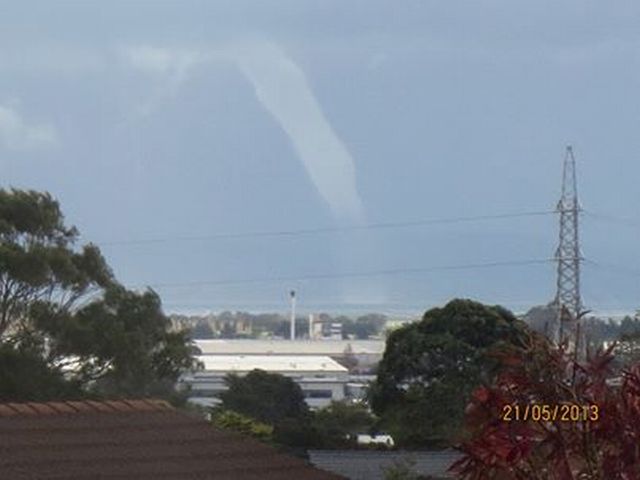