Updated 10:36pm — The Nelson area has been hit with the second highest rainfall ever recorded in one hour.

Flash flooding has occurred across the Tasman region with roads closed, motorists trapped and homes flooded.

Over the course of one hour this evening, 104mm of rain landed in the Upper Roding catchment and 100mm in Stoke. The heaviest rain received within one hour on record was 109mm in Auckland, Civil Defence said.

There were abandoned cars on roads throughout the affected areas and some motorists had to be rescued or towed to safety.

Police said they were dealing with a high number of flooding reports in the Richmond and Stoke areas and emergency services were responding to several incidents, including stranded vehicles and property flooding.

The rain had eased but residents were warned more rain, of about the same intensity, was expected overnight.

An emergency operations centre (EOC) has been established at Tasman District Council in conjunction with police, fire and both local councils.

Although the centre was not aware of any evacuations so far, it was setting up a welfare centre at the Richmond New Life Centre for any residents who needed to get out their homes or who who would be evacuated.

Some houses had been flooded already.

Residents were asked to stay indoors where possible and not to travel on any roads.

One road had so far – Kina Beach Road where the bridge had been lifted – had been closed by authorities.

Other roads had been rendered impassable because of landslides or flooding, including the Takaka Hill highway.

WeatherWatch.co.nz said a band of rain that had stalled over the region was responsible for the deluge.

Similar showers and bands of rain were moving in to Waikato, Auckland and Northland, the forecaster said.

Torrential rain has lead to flash flooding in Nelson this evening reports WeatherWatch.co.nz.

The band of rain, which WeatherWatch.co.nz warned about earlier this evening after it stalled over the region, brought high rainfall rates over a few hours, leading to major flooding of the main street of Richmond.

The rain has eased but more heavy showers could return this evening and overnight.

Similar showers and bands of rain are moving in to Waikato, Auckland and Northland tonight.

Nelson is particularly prone to flooding from rain that come in from the north and north west. 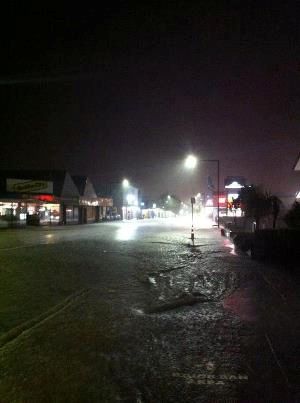 “Terrible flooding in Richmond….main st completely flooded including most if not all shops and mall. Mall carpark is literally thigh high” – Bridget Hobden 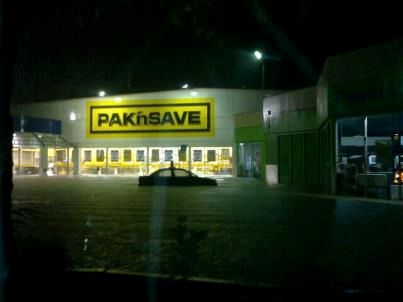 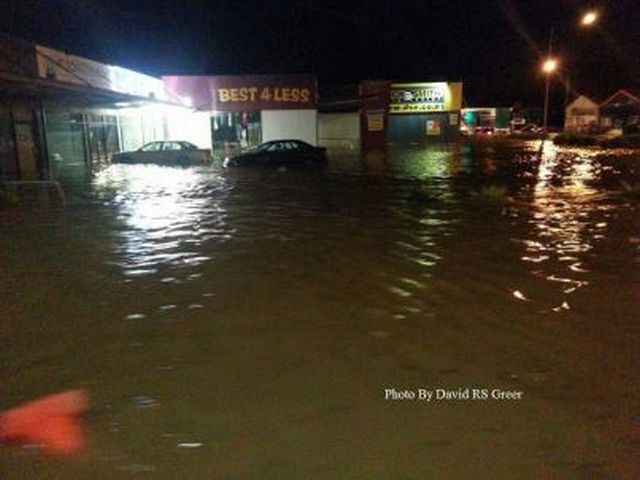 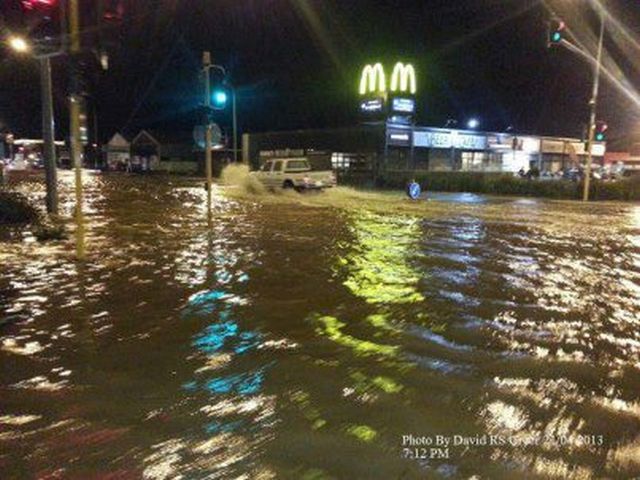 We are getting some heavy falls in Mt Roskill, Auckland at the moment with some thunder too. Has been raining since 11pm and getting really heavy now.

Not actually 2nd highest – the “famous” Cropp River site at “Waterfall” has recorded 134mm in one hour, 8 Jan 2004 from 2300 – massive thunderstorms on the West Coast, with lightning bright enough at Greymouth “to read newspapers by” according to one local.

Friend in Nelson said they needed a canoe to get anywhere. Roads flooded and many slips. Awful for them!
Just had showers in West Auckland.

No not mds nd Pak N save