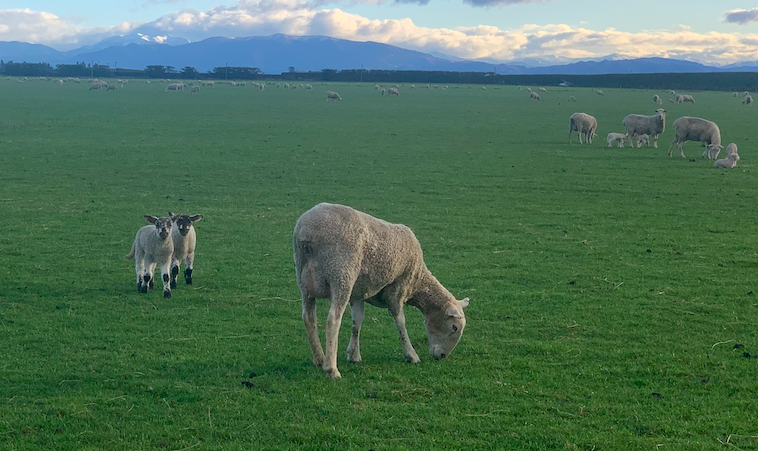 The warmer than average weather lately has made some people feel like spring is in the air. It technically is not, but usually about now (late July) people do start to notice the slightly extra sunlight that is developing.

Winter’s coldest period is, historically, in July and August. The astronomical seasons puts right now only one month into winter with two more months yet to go.

However, in northern NZ pine pollen becomes an issue in August, with hay fever sufferers the first to notice. NZ’s location on earth also means we tend to have a two month long winter and a two month long summer weather-wise, the rest is all a bit like an eight month long spring and autumn.

A few daffodils have been reported and now we’re getting lamb photos sent in.

Of course, lambing times can be adjusted by farmers – some people prefer earlier lambing, many others prefer later in August and across September.

Either way, on this warmer than average day like today, a photo of lambs with blue skies can’t help but create the feeling of spring conditions building just around the corner.

Interestingly, this photo was sent in to us from Canterbury – one of the regions that have had a particularly cold winter so far.