Phil’s Weekly Column – Why are weather forecasters so quirky? 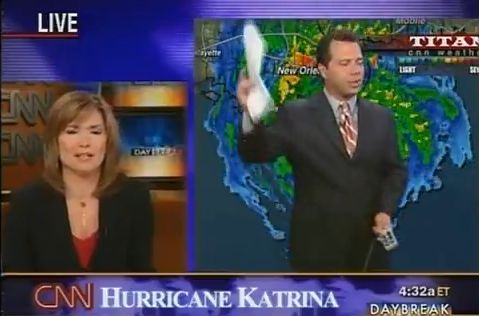 Quirky – not the word I wanted to use initially, but “odd” or “unusual” just sounded too negative.  If you love the weather you’ve probably noticed the ‘creative’ weather forecasters that are out there. They are the ones that you remember – for good or for bad – but they are anything but bland.

Bob McDavitt – the world’s only weather forecaster who had a cumulonimbus cloud hairstyle.  Bob’s a great guy – I already miss seeing him on the TV news.  He was quirky absolutely – but boy did he know grassroots New Zealanders and how to tell them, using creative and descriptive words, exactly what was happening with the weather pattern.  Bob was always available to chat and had a unique way of delivering his message.  He was calm, he was sensible and he was loved by the media and public for two decades.

Jim Hickey – back in the day when Jim first started with TVNZ it was clear why he was going to be our most popular forecaster.  These days I feel like he lacks the energy and “Jim”  that made him such a household name in the 90s.  Those were the days when he signed off by doing something funny – like throwing an umbrella, or pushing a chair across the screen during the closing credits. If he made Judy Bailey or Richard Long smile or laugh you knew he had nailed it.  He brought life into TV1 as TV3 came into the marketplace and finally gave them a run for their money.   Back then Jim was funny and quirky.  These days it seems TV1 has knocked the fun right out of the job and it’s simply a salute to the camera and he’s done – but regardless, he’s a class act all the way.

Augie Auer – “another ditto day” became a well known term when Augie moved from MetService to TV3.  American born Augie was full of Americanisms that ultimately led to him being replaced – but he remains my “hero” of the forecasters. Why? Because he went off script.  He would read that MetService forecast and then say something like “well, I don’t know if that rain will really arrive I think it may wait another 24 hours”.  Finally some honesty in the presentation – and that’s why I liked him.  He added his skills into the forecast – didn’t just read it.  But his older age and American accent didn’t really work for the viewers – TV3 shifted him out and in came Toni Marsh for the next decade.

Dan Corbett – Bob McDavitt’s replacement is a chirpy fellow named Dan Corbett, packing a British accent you’d swear he was straight out of an Enid Blyton novel.  But Dan’s injected some much needed personality into MetService, although his overly creative sayings sometimes leave people scratching their heads – like this quote from last year’s polar blast:  “Think of it like having a layer of treacle that sits at the top of the poles and somebody just gives it a bit of a nudge and it just starts to ooze but in this case instead of oozing it’s just gone brrr [hand gesture] straight across much of New Zealand and with it as well we’re getting these little surges of moisture that are coming through and they’re the surges of moisture almost like spokes on a bicycle wheel that’ll be the areas of snow and many people …”.

Chad Myers – American forecaster Chad Meyers is a legend to me.  He works at CNN and is the meteorologist you see when a hurricane is about to hit America.  He’s full of life, incredibly passionate and has an amazing ability to draw you in, make you feel like you’re really in the sky looking down at these storms.  He brings any weather event to life. But being a creative person the emotions can get the better of you.  In 2005 as Hurricane Katrina came in a CNN news anchor was crossing to him live about an incoming storm.  While Chad was talking the anchor interrupted him to ask a follow up question – but he cuts her off “Let me talk Carol!” he says angrily.  She goes on to interrupt him, saying politely she doesn’t quite understand what he’s talking about – which ticks him off, as he throws his papers to the ground “Well if you just let me talk“.  This little action causes the anchor to quietly laugh “OK”.  Myers immediately appreciates the brief tension and  smiles too – a great clip – and a nice guy too – I was honoured to meet him at CNN in 2009.

While weather is serious and impacts our lives every day, forecasters and weather presenters know they must have trust from their viewers but they also have to captivate you day after day after day.

And hey – I’m no normal guy either.  My friends would all agree I’m anything but normal in my anxiety filled world.   Whether I agree or disagree with the style of each forecaster above there is one thing I love about them all – their creativity.

Personally I love breaking down the barriers and boxes and just being individual.  I remember on Daffodil Day last year I wore the little plastic daffodil on my lapel – but the green screen technology we use at the Herald made the weather map appear on my suit jacket, in the shape of the flower (the green in the colour yellow basically turned the daffodil into a mini green screen itself!).  So what did I ask the producer at the Herald?  “Steve, do you think it would be fun to do the weather one day wearing green clothes – so I was just a talking head and hands amongst the weather map?”.   His stunned silence summed up the appropriate reply to that idea.  Luckily for us, other more down to earth people surround us – to ensure you get the weather forecast in a way that is interesting and passionate – but not in a way that leaves you wondering “sooo….what’s the forecast exactly?”.