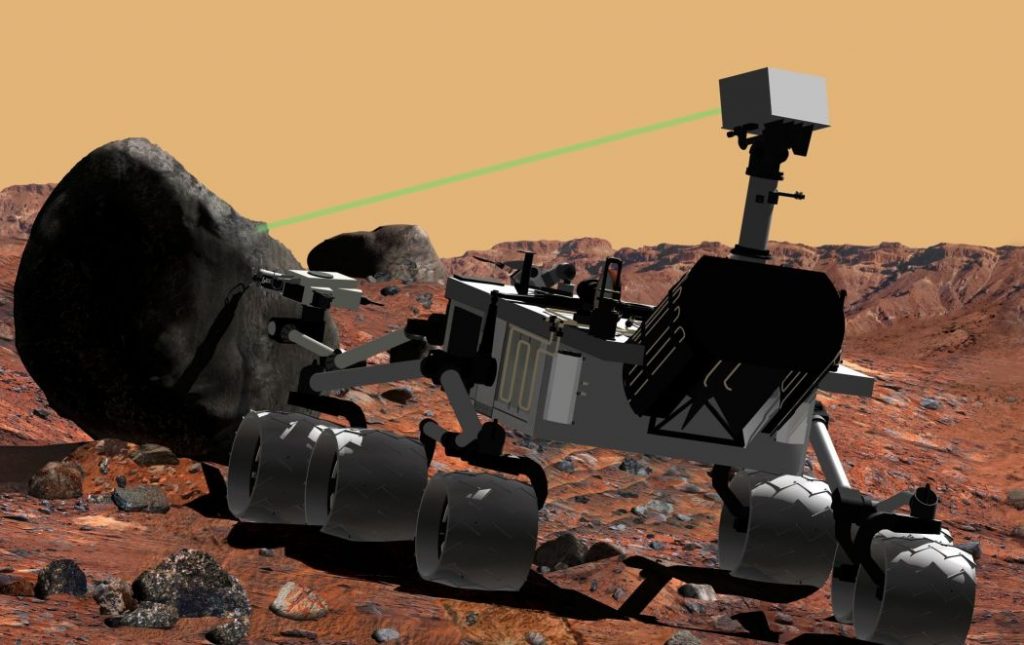 When NASA’s incredible SUV sized rover, called Curiosity, landed on the surface of Mars two weeks ago it was an epic moment for mankind.  This is the first official search for life outside of earth.  While many of us grew up thinking of green martians living on Mars, this is not what the rover is looking for – it’s instead looking for the evidence of life.  Maybe just organisms.  Maybe just a small fossil inside a rock. But in this case even the most extremely basic evidence of life outside of planet earth would be absolutely, well, earth shattering for us.

Yet there is resistance by some to NASA even “going there” with this.

When we broke the news of the successful landing on Mars social media went mild.  Most comments were hugely positive – but the negative ones really surprised me.

While there may be a fair argument to say in these tough economic times the US government could be spending huge money elsewhere.  Although I don’t agree with that, which I’ll explain a little more below.

Humans are explorers.  From when we stepped off the African continent and walked to Asia and the Americas…to when we sailed around the world in search of new land like Australia and New Zealand.

Once humans travelled around the planet we then started going to the extremes.  We deep sea dive, we climb the highest mountains, we jump from planes and we raced to get to the poles.

Even in Captain Cook’s day there was a race to discover this unknown land south of New Zealand that may, or may not, be a paradise.

But we wouldn’t have known that without first exploring.

The same ‘pointless’ argument could be made for Sir Edmund Hillary climbing Mt Everest.  It didn’t cure cancer or wipe out famine. But boy what a load of national pride that created.  We showed to the world we’re small but tough.  That same feeling resonates with Kiwi’s today.

We still have no moon colony but the race to the moon brought about the development of jet engines, computers and internet. It pumped billions of dollars into the American economy too – and many conservatives (who are currently attacking NASA and Obama for this ‘waste of money to Mars) actually look back on this era in the 50s and 60s with great admiration, pride and fondness.

For some, the lack of support may be more about their fear of the unknown.

I know a lot of people who refuse to have regular medical checks because, in their words, ignorance is bliss.  I imagine there are many people all over the world who fear what we might find.  But that can’t be an excuse for not exploring.

Lastly, some who have attacked this Mars mission say it takes money from those who need it most.  America’s ‘war on poverty’ has actually been a fairly big failure.  Despite spending trillions of dollars over the past few decades the number of poor has increased.  This is a whole other debate but money being diverted to NASA is not at the expense of the poor.  In fact I’d argue the billions of dollars spent on this particular mission was a great stimulation to the economy – as it was an American built craft and that money was spent within their economy.

I fully embrace and support space exploration – I think more nations should contribute to it too.  Space travel inspires our young to dream of science …and to simply dream of possibilities.

America proved to the world in the 50s and 60s that investing in this area was good for the economy and good for the planet.  It inspired a generation of big thinkers – and that is what is desperately needed more than ever before as our planet faces a warming climate and a worldwide economy that is spluttering at best.

Much more money is spent on war and warlike activities than is/has ever been spent on exploration.Those who grizzle about expenditure on space exploration should target spending on war and its supporting activites.