Phil’s weekly column – Autumn is here, winter is not 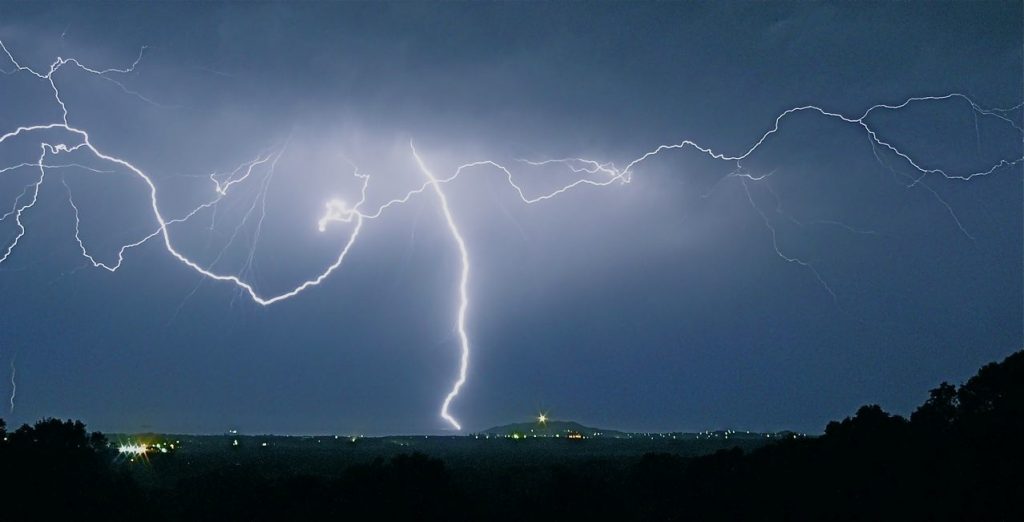 I first noticed the sound on my bedroom windows at 12:30am on Thursday.  It sounded like the tiniest of stones being thrown at the glass.  I got out of bed and turned the outside light on and could see the tiny hail bouncing here and there.  Not even enough to really notice.  As I sat watching a huge flash of fork lightning lit up the sky, the garden the entire street.  Cloud to cloud lightning.

Within seconds the hail had grown in size to 30mm across and was loud enough to make me think “could that break my window?”.

But my thought process was cut short by a boom of thunder that as a kid would have terrified me – but these days I love (although always respecting just how powerful and dangerous thunderstorms can be).

Thunder has always fascinated me – how can fluffy clouds produce a noise that makes a 747 sound like a mosquito.

But it’s the lightning that amazes me most – how in the middle of the night it can light up where you are as if it’s the middle of the day.  It’s so bright the grass is green, flowers have colour and it really does look like daytime.

You may also be surprised to know that lightning actually lights up from the ground first.  The clouds send an invisible charge to earth first which is then returned as a flash of light – from the ground to the sky.  (watch this video to explain it better – and it also shows how you can make lightning in your mouth!).

I love Autumn and Spring because both seasons bring a mix of weather.  It’s for this reason that I get confused when some media outlets start with the “winter is here” headlines.

Yes, sometimes a cold snap is the start of winter – if it’s a big one and alters the entire pattern into a more southerly one.  No doubt the next few days will be cold for many, but another high – and potentially another Southern Ocean storm – are on the way for next week and later next week respectively.  Both have the ability to bring highs back to 20 degrees.

So the temperatures will slowly lift back up again and the snow will melt in many places – but not completely.

Winter officially starts on June 1st but many weather experts and enthusiasts go with the winter solstice which isn’t until week three in June – five weeks from now.  This is also when Canada and the US start their summer.

Autumn is basically a dying summer with a fast growing winter developing.  Spring is the other way around.

So winter is not here – even if it has been wintry for some over the past few days.

We still have some warm days (and nights) on the way for the rest of May and June.  But the days will be gradually getting less warm – and the length of the settled spells will also reduce.

One final test for winter – the warm weeks should be the odd ones out.  At the moment we have a pretty even mix of warm and cold weeks which spells Autumn.

Part of a BBC series called Earth, the power of the planet. This part of the clip is when he’s in the Andes.

Hi Phil , Phil here from Levin. Its a cool 10 dec here blowing a southerly, and passing showers, looks like a day inside to watch the box
Cheers.
P.S- I love thunderstorms as well , pity Levin dosnt get very many, keep up the good work.

Though not cold,as for Auckland its typically winter like though technically not winter.Its been blowing and wet the (last week) every day now and is a what we call a typical Auckland winter pattern.
One of the best winters was 2009 here,cold and clear much of it.

Missed the hail – blow! explains the sudden temp drops though. Hate lightning, but love the image.