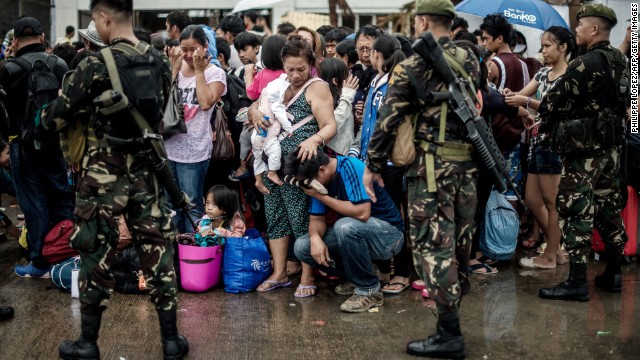 Desperate pleas for food and water forced aid organizations and nations around the world to scramble Tuesday to deliver supplies four days after Typhoon Haiyan flattened areas of the Philippines, where bodies still litter the streets in one devastated province.

Rain from a tropical depression grounded some relief flights, while blocked roads and poor conditions at some airports made delivering other aid a difficult proposition, increasing the misery of survivors and raising anxiety.

“I fear anarchy happening in Tacloban City,” said CNN iReporter Maelene Alcala, who was on vacation in Tacloban where the typhoon struck and was evacuated Tuesday to Manila. “It’s like survival of the fittest.”

Tacloban, the provincial capital of the island of Leyte, was ground zero for the typhoon that struck Friday, leaving the city in ruins and its population of more than 200,000 in desperate conditions.

“The whole scene was like something fresh out of a movie. It was like the end of the world,” Alcala said. “…Survivors are walking everywhere carrying sacks of goods they were able to get.”

The lack of food and water drove famished survivors to desperate measures. 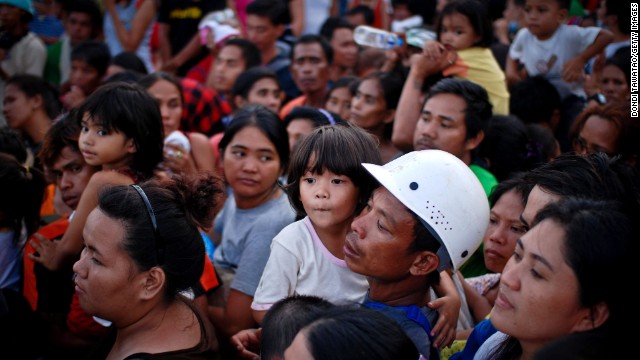 They’ve taken food and other items from grocery and department stores in Tacloban, where shop owners have organized to defend their goods with deadly force, said local businessman Richard Young.

Authorities have sent police and military reinforcements to try to bring the situation under control.

The office of the United Nations High Commissioner for Refugees said Tuesday that “women and children are begging on the streets for donations, exposing themselves to abuse and exploitation.”

“With power lines still down, the lack of lighting has made women and children at home and in evacuation centers more vulnerable, especially at night,” the agency said. 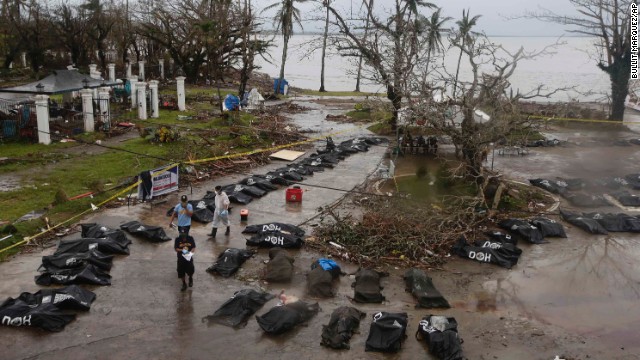 In one rare bit of good news, President Benigno Aquino III told CNN’s Christiane Amanpour that the initial death projection of 10,000 was “too much,” and that the final accounting would more likely be around 2,000 to 2,500.

Among the dead, the State Department said Tuesday, were two U.S. citizens. Their identities were not immediately released.

Aquino defended the pace of relief to some of the hardest hit areas.

The typhoon simply overwhelmed the ability of two or three local governments to do their jobs, which include taking care of the initial response, Aquino said. For example, in Tacloban, only 20 of 290 police were available when disaster struck; many were tending to their own families, he said.

The national government “had to replace a lot of the personnel with personnel from other regions to take care of government’s vital functions,” Aquino said.

The Philippines Armed Forces has increased troops and military engineers in Tacloban, and the army will fly aid to survivors in remote areas around the city with 11 helicopters and as many trucks.

The exodus from the ravaged areas is adding to road congestion, further slowing help from getting in. 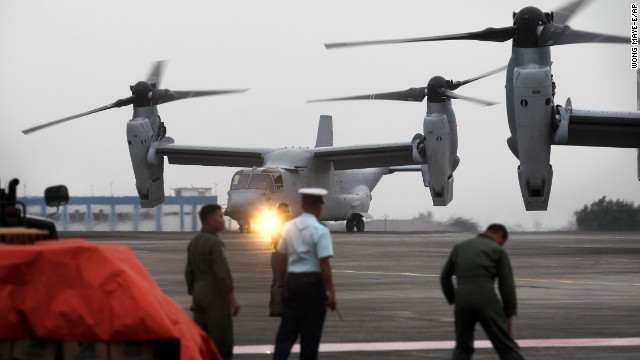 Help on the way

In Hong Kong, the U.S. Navy rounded up sailors on shore leave from the USS George Washington and ordered the aircraft carrier’s strike group to make “best speed” for the Philippines. Its air wings will deliver supplies and medical care to survivors.

The Pentagon ordered more Marines from Japan to join the relief effort, and the U.S. Navy was also preparing three amphibious assault ships to head for the region, a senior Pentagon official told CNN. Among other things, such ships can turn seawater into desperately needed potable water.tell stories of terrible loss

Experts from Doctors Without Borders, Oxfam and other organizations, as well as U.N. and U.S. civilian disaster assessment teams, were on the scene. 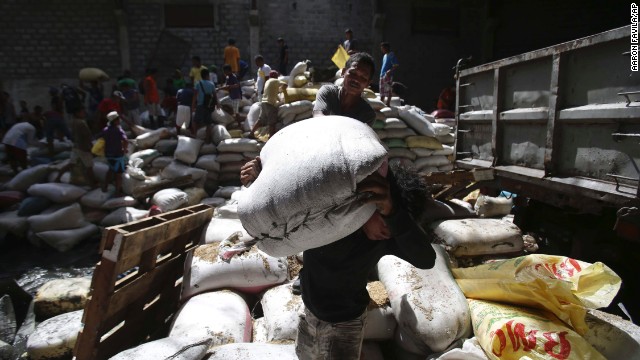 But it will almost certainly continue to be difficult to get that aid to survivors.

Many roads remain blocked, and electricity is out in many areas, making it difficult to operate at night.

Zoraida is not a strong storm, but it has dumped just under 4 inches of rain in some places, CNN meteorologists say.

It was holding up desperately needed aid in at least one province, Iloilo, where Gov. Arthur Defensor Sr. grounded relief flights until it passed.

Zoraida also slowed air aid in the neighboring province of Cebu, an official said, although military planes continued flying at the maximum allowed level of risk there.