Home > News > Philippines: A violent volcano on an isl...

Philippines: A violent volcano on an island within a lake within an island 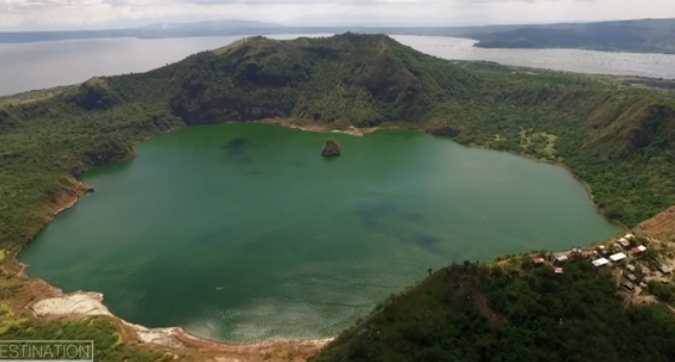 It’s considered one of the world’s most dangerous active volcanoes. Just 55 kilometers south of Manila, Taal Volcano has erupted 30 times since the 16th century, accounting for the deaths of more than 5,000 people.

Yet it’s scaled daily by dozens of groups of laid-back tourists.
Perhaps they’re calmed by Taal’s reputation as the smallest active volcano in the world — it’s just 311 meters tall — a title that hints at peril yet makes Taal sound relatively unintimidating.
Or maybe it’s the fact that after eight eruptions in the 1960s and 1970s, Taal Volcano has not vented its fury since 1977.
It’s also in an incredible location that defies belief.
Taal Volcano sits on an island within a lake within an island, adjacent to the holiday town of Tagaytay, a popular getaway for Manila residents.
See the full story and video here via CNN