Home > News > Philip Duncan: The surprise that is weat...

Philip Duncan: The surprise that is weather 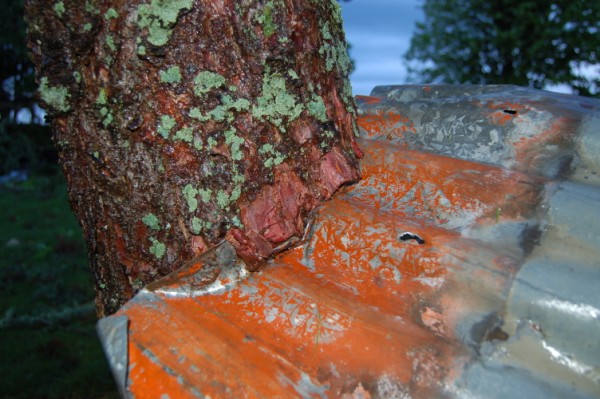 A  weather presenter on Friday night kicked off the weather segment by telling Northland farmers that good rain is finally on the way this weekend, as I sat there thinking “there will be some unhappy farmers come Monday when that rain doesn’t really eventuate for everyone”.

The weather data that we use at WeatherWatch.co.nz clearly showed on Friday afternoon that very little rain was on the way this past weekend, despite a decent low forming in the northern Tasman. In the end showers affected northern and eastern parts of Northland but it was hardly a ‘wet weekend’ across the entire region by any stretch of the imagination. Some areas, particularly between Whangarei and Kaitaia, near the eastern coastline, saw some healthier rain numbers, but sadly it wasn’t widespread. 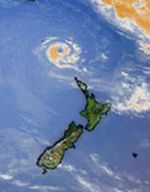 Yesterday was even drier – with almost clear skies by Monday afternoon in Auckland – meanwhile the low north of New Zealand was reduced to a tiny little donut – see the picture.

Accuracy and weather forecasts going hand in hand is something the public often laugh at – even when we get it right consistently your own personal interpretation of the day’s weather can often make you think the forecast was wrong. For example, what is a showery day in your mind? A day with showers every hour, or a day with maybe two or three showers over 24 hours.

I was thinking today about the accuracy of weather forecasts…and I asked myself, “What if scientists cracked it? What if they created technology that could perfectly predict the weather – with 100% accuracy?”. It lead my brain down a trail of thoughts wondering if life for us would be any better.

Since humans first evolved the weather has dominated our lives. Even now in 2010 it makes the news headlines almost daily whether it’s something happening here in New Zealand, across America, or elsewhere around the world.

We fear it, we love it, we depend on it.

From a business point of view it would be sensational to know the weather with 100% accuracy… dams would be built in the best places, forests would be planted and cut down at the right times. Power companies would know when cold or hot spells were coming and farmers could better plan for droughts or floods. For some businesses it would be a license to print money.

As a forecaster I try my absolute best to interpret the data and meteorological forecasts in front of me as accurately as possible. I aim for 100% accuracy and am annoyed if I get a daily high wrong by even 1 degree. But despite my professionalism striving for perfection I personally think I would be disappointed if we could predict the weather perfectly.

It would be like knowing the final score of an All Blacks game before watching it… sure, the game is still fun to watch but it’s just not the same.

I love the element of surprise the weather throws at us… it keeps every day exciting. One thing I’ve discovered, since starting WeatherWatch 5 years ago, is that headline grabbing weather often happens when you least expect it.

For example last May’s amazing hail storm in Tauranga…no one saw that coming.

Or the dramatic southerly that hit Wellington a couple of months back.

Or that strange fog that rolled into Auckland last year during the afternoon.

I love those elements of surprise… which I guess is a conflicting feeling to have for someone who strives for 100% accuracy when talking about the weather. But I’m sure most weather forecasters love the chaotic side of weather patterns too.

Hmm… I wonder what surprises we’ll see this week around the world?