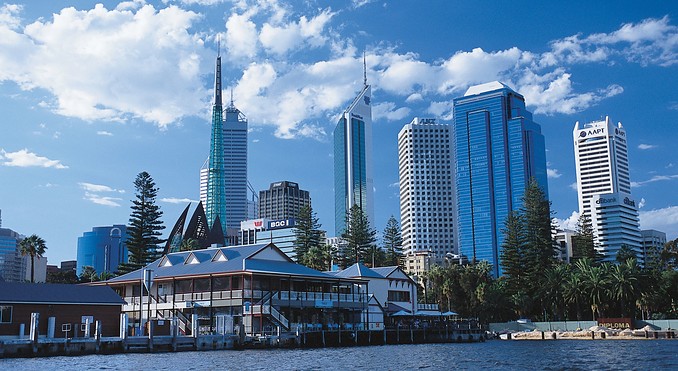 It’s been warm over eastern and northern parts of the country today but nothing compares to the type of heat that Perth has endured through the Christmas holiday break.

Perth is welcoming in 2013 with a cooler change, bringing an end to its record heat wave.

The city hit 33 degrees today, two degrees above the January average but its coolest day in over a week. The rest of this week will be even cooler, only reaching the mid-to-high 20s. There is even a chance of a shower on Thursday.

For many this comes as a great relief from the week-long heat wave which ended with a scorching 42.1 degrees on New Years Eve, 13 degrees above the December average. It was still about 30 degrees at midnight.

The last week of 2012 was also Perth’s hottest December week in 116 years of records.

Each of these last seven days exceeded 37 degrees, which also equals the record, set in February 1988 and December/January 1961/1962.

The cooler change affecting Perth and southwest WA is pushing the heat further east. It is forecast to reach 40 degrees in Albany and 46 in Esperance both within two degrees of January reocrds.

Heat will return to Perth and on the weekend with the city reaching the mid-to-high 30s on both days but this will only be a short burst. A cooler change will arrive late on the weekend, dropping temperatures by five-to-10 degrees.

Home image of Perth by pleasetakemeto