Home > News > Perth cooling down after record March he... 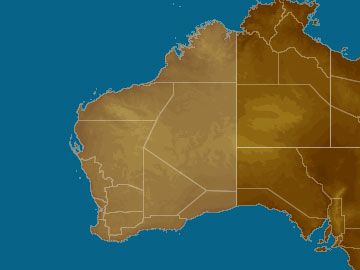 Perth cooled seven degrees in about an hour yesterday after exceeding 40 degrees earlier in the day, bringing an end to a record March heatwave.

Its eighth heatwave since the beginning of November was a record-breaking one for March. It was the hottest four-day March spell since records began in 1897.

The coolest of the last four days was 38.9 degrees, making it the first time four consecutive March days have been this hot. It got to 38.9 on Friday, 39.5 on Saturday, 41.1 on Sunday and 40.6 just before midday Monday.

Perth has now had eight heatwaves in the last four and a half months, the greatest number in the November-to-March period on record.

The front bringing an end to this latest heatwave is not particularly strong, so won’t take temperatures much below average. It will also fail to bring any rain.

The rest of this week will see the temperature getting near 30 degrees each day before reaching the low-to-mid 30s on the weekend, making the beaches crowded once again.

The warming will come as a result of winds turning from southwesterly to gusty southeasterly then easterly. This wind change will also dry the air out again, bringing an increase in fire danger later in the week.

It’s early days but this March has the ingredients of being one of the warmest on record. And this comes after the fourth hottest summer on record.

If we had one of their coldest maximum temperature days over the same summer period,in Auckland we’d be screaming Heatwave!