“Perhaps it is time to go back to one national weather agency?” – ODT Editorial 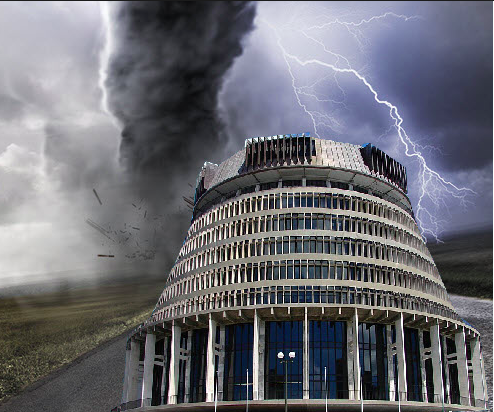 By the Otago Daily Times — The weather seems a strange subject to get into a dispute over. Yet something is clearly not right in New Zealandâ€™s meteorological world.

What the weather does or does not do affects us all. It is the grand backdrop to our daily comings and goings. The weatherâ€™s vagaries can determine the success or failure of a business or sector, and, at worst, threaten safety and lives. We can do nothing to change it.

Put simply, New Zealand is a long, skinny country with big mountains and a lot of coastline, located  in the middle of the tempestuous westerly wind belt. For those reasons it can be a nightmare  to accurately forecast the weather. MetService is the state-owned enterprise charged with providing core  government-funded forecasts, including regional, city, marine and mountain predictions. It is also the World Meteorological Organisationâ€™s designated “national meteorological service” for New Zealand, which means it is responsible for issuing official warnings of severe weather.

Niwa, on the other hand, is one of the Crown research institutes  set up to carry out scientific research which might ultimately have commercial benefit.

Its main fields are atmospheric and hydrological research, along with climate-change investigations. Despite this, it has become increasingly active in weather forecasting, establishing its own NiwaWeather unit. This has put it on a potential collision course with MetService and private forecasting companies such as Canterburyâ€™s Blue Skies Weather and Aucklandâ€™s WeatherWatch.

MetService says it has not formally complained to the Government or ministers about the national forecasting double-up, which is costing taxpayers millions of dollars every year. Whether the SOE has complained behind-the-scenes may be a different matter.

Niwa would not answer questions put to it by this newspaper, which does nothing to help the public know what is really going on.

It is hardly surprising that WeatherWatch and Blue Skies Weather, and others like them, are irked by what they see as meteorological muscling-in. And it seems grossly unfair that those providing competition in the sector â€” often focused on providing specific local forecasts for specialised clients â€” are unable to compete on a level footing because the real-time and historic data from Niwa and MetService cannot be accessed without a licence that could cost thousands of dollars.In many cases it has been volunteer observers across New Zealand who have taken weather readings for the public good over more than 100 years. There is no reason why this information should have to be bought. Up-to-date information, including weather radar images which show how areas of precipitation are moving and forming, is free in other countries but attracts a charge here.

MetService and Niwa were established in 1992 shortly after SOE Airways Corporation had begun setting up its own aviation weather forecasting business to compete with the former New Zealand Meteorological Service, a government department. The Jim Bolger-led National government quashed that move and split the old meteorological service in two â€” allocating forecasting to the new MetService and research to Niwa.

That shake-up came about at least partially because of unwanted competition. Now, it would appear we are back in a similar position.More than 25 years on from that change, it is certainly time for a comprehensive look at the Niwa-MetService overlap. Why should taxpayers be paying for two government-funded agencies? Who allowed this to happen? And why should those organisations be able to stymie true competition for private forecasters?

Taxpayers fund both a police force and a prison service. We would not expect prison officers to attend a burglary and push police officers out of the way as they did so. They each have a job to do and are given our money by the Government to do that particular work.

It is encouraging that Minister of Research, Science and Innovation Megan Woods has said she would examine the situation. Clearly, the last government was happy to let things slide so it could receive revenue from forecasting from both.

Perhaps it is time to go back to one national weather agency?