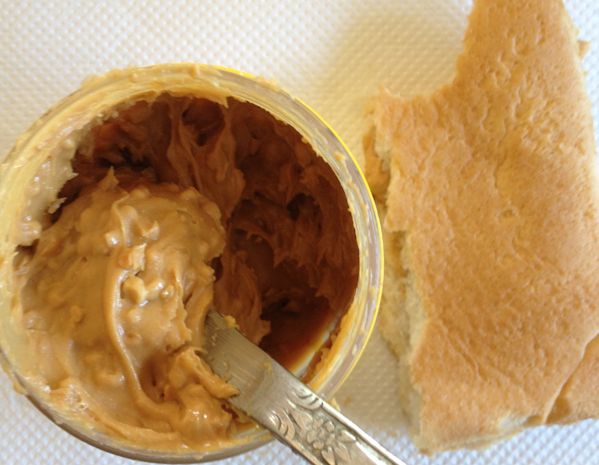 Peanut butter is an affordable staple in American pantries.  Americans consume roughly 1.5 kilograms per person annually.  But it’s becoming less and less affordable and climate change may be to blame.

Peanuts are fairly fussy plants.  They need 5 months of fairly consistent warmth, combined with about 500 to 1000 mm of rain.  The rain needs to taper off by harvest time or farmers can’t easily pull the pods out of the ground.  But, if the drying happens too soon, then toxic mould can develop.

Full-brown drought conditions can also lead to the development of aflatoxin contamination.  Exposure to the mould is dangerous.

Droughts and heat waves are two of the natural extremes that the climate system is capable of spawning in the U.S. Southern Plains and Southeast.  A report by the U.S. Global Change Research Program suggests that the growing season conditions of 2011 and 2012 could be a preview of the future.

If today’s peanut plants are ill suited to tomorrow’s temperatures, peanut butter could one day become a bit of a luxury item. One potential solution would be to breed a better peanut.  Scientists have begun examining the genetic material to identify the varieties of peanuts best able to cope with heat and drought.

By Howard Joseph, WeatherWatch.co.nz and NOAA

And here is just an example of what Monsanto is capable of, interesting how Taylor, a former head of Monsanto is now head of the FDA.

Does this indicate that Monsanto is looking to get their dirty oaws on Peanut seeds and Genetically change them to suit future needs, then patent that seed so they have any future rights over its use as they are doing now with many seeds so the average gardener will not be able to farm and grow crops without the say so of Monsanto.