Patchy relief only expected for north 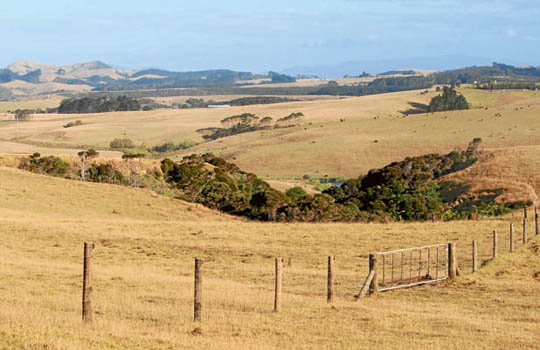 Desperate farmers in southern Hawkes Bay may receive some welcome relief this week from this summer’s record drought but those in the north of the province can expect the big dry to continue.

Federated Farmers president Bruce Wills said Hawkes Bay was a “game of two halves” with some farmers experiencing a “useful start” to the end of the drought while others continued to look to the skies for help.

“Some farmers received 50-70mm in the past couple of weeks, some only got between 8-10mm, which is hardly enough.”

He said farmers were doing everything they could to combat the drought, with most selling stock and buying extra feed.

“You have to book two to three weeks in advance to have stock killed.”

New Zealand has been experiencing the driest summer in 70 years, with the entire North Island being declared a drought zone, and even the famously wet South Island’s West Coast being hit.

Finance Minister Bill English said the latest Treasury advice estimated the drought could cost the economy $2 billion. Mr Wills said that any promise of rain is a good sign but that a bone dry Hawkes Bay needs a good two to three weeks of significant rain or farmers will be in for a “tough, tough winter”.

He said as winter approaches farmers will begin to worry more about temperatures – needing rain while the weather remained warm so the grass could grow.

Expert forecasters WeatherWatch are predicting a 30 per cent chance of a sub-tropical low hitting northern New Zealand some time next week.

“Today, the models are still indicating this is possible, but being so far out – and with the weather so fickle for many – we don’t want to make any big calls just yet,” said head analyst Philip Duncan.

Mr Willis said any news of rain was good news but that it was just a start.

“We have to look at it as every day is a day closer to rain,” he said.

The extended 10-day forecast for Napier-Hastings is occasional showers developing early next week, with cool southerlies dropping the temperatures into the mid to high teens.