Home > News > Partial solar eclipse on show for most...

Partial solar eclipse on show for most 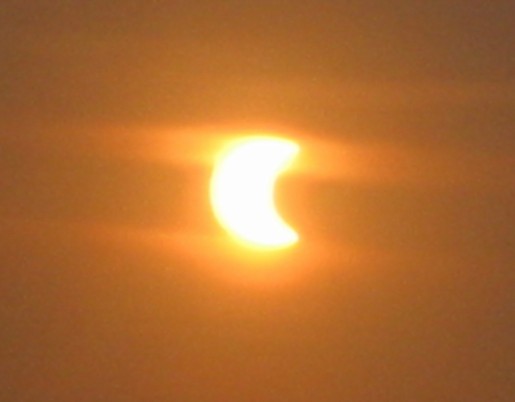 Eastern areas of the North Island and western parts on the Mainland could be struggling to have a clear view but other parts of the country are looking brighter and appear to have more of an opportunity.

Cloud build ups could be frustrating for some gazers but hopefully between 9.30 this morning until midday there’ll be a chance to get a decent look.

This eclipse with a path mainly over ocean is over the south Pacific. The path of totality does start over extreme northern Australia about 200 km east of Darwin. The path crosses the Gulf of Carpentaria and then the base of the Cape York Peninsula with Cairns and Port Douglas seeing a total eclipse.

At Cairns the eclipse will occur in the early morning, totality lasting for 2 minutes. The Sun will be 14° above the horizon, so low to the east.

From Cairns the total path moves, at first, to the east-southeast across the Pacific, passing a little to the north of New Zealand. After reaching the latitude of the South Island the path starts to swing back to the north, with the eclipse ending at sunset some way to the west of Coquimbo in Chile.