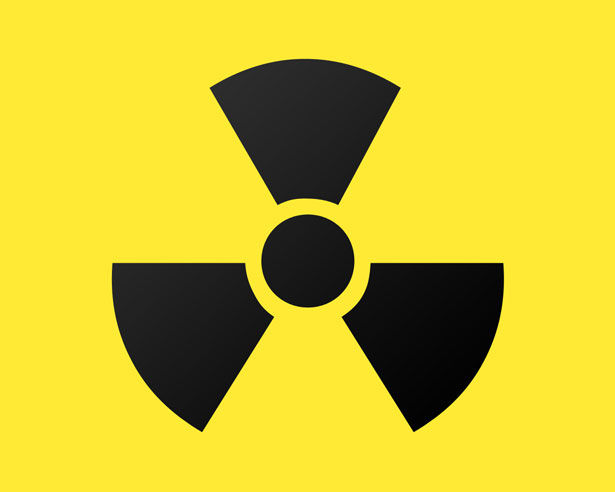 “And with reactor No. 3, we are also assuming that the possibility of a meltdown as we carry out measures,” Edano said.

Edano’s comments confirm an earlier report from an official with Japan’s Nuclear and Industrial Safety Agency, who said, “we see the possibility of a meltdown.”

A meltdown is a catastrophic failure of the reactor core, with a potential for widespread radiation release.

Though Bannai said engineers have been unable to get close enough to the core to know what’s going on, he based his conclusion on the fact that they measured radioactive isotopes in the air Saturday night.

“What we have seen is only the slight indication from a monitoring post of cesium and iodine,” he said. Since then, he said, plant officials have injected sea water and boron into the plant in an effort to cool its nuclear fuel and stop any reactions.

“We have some confidence, to some extent, to make the situation to be stable status,” he said. “We actually have very good confidence that we will resolve this.”

Preventing a nuclear disaster in Japan

Expert: ‘This is a serious situation’ A state of emergency has been declared for the plant and two other reactors at the same complex, which holds a total of six reactors, he said. Three are in a safe, shut-down state, he said. “The other two still have some cooling systems, but not enough capacity.”

But Ichiro Fujisaki, Japan’s ambassador to the United States, told CNN’s Wolf Blitzer in Washington that he did not know of any evidence of a meltdown.

“We are working on it,” he said. “We are getting information every hour on this issue.”

And Japan’s chief cabinet secretary, Yukio Edano, raised another possible issue. “Some of the readings in the measurement equipment were not accurate,” he said without elaboration.

He noted that since the inside of the pressure vessel has been filled with sea water, radiation levels in the area have not risen, implying that the problem was not worsening.

The detection of a cesium isotope indicates that the nuclear fuel cladding has failed, said Ken Bergeron, a physicist and former scientist at Sandia National Laboratories.

“Now we have to hope that the containment building will succeed in preventing major amounts of radioactivity” from escaping, he said.

As of Sunday morning, winds in northeast Japan were blowing out to sea at 5-15 mph, said CNN Meteorologist Taylor Ward. But they were expected to reverse direction by Monday night, he said. The Daiichi plant is located about 160 miles (260 kilometers) north of Tokyo.

“We’re in uncharted territory,” Bergeron said. “We’re in the land where probability says we shouldn’t be and we’re hoping that all the barriers to release radioactivity will not fail.”

“The bottom line is that we just don’t know what’s going to happen in the next couple of days and, frankly, neither do the people who run the system,” said Dr. Ira Helfand, a member of the board of Physicians for Social Responsibility.

What we do know, he added, is that Japan’s nuclear facilities are “way out of whack.”

Cesium 137 can remain dangerous for 600 years and is associated with a number of cancers, he said.

Gallery: Massive quake hits Japan RELATED TOPICS
Earthquakes
U.S. Geological Survey
The use of sea water and boron was described as a “Hail Mary pass” by Robert Alvarez, senior scholar at the Institute for Policy Studies focused on energy policies and a former senior policy adviser to the U.S. secretary of energy.

“My understanding is that the situation has become desperate enough that they apparently don’t have the capability to deliver fresh water or plain water to cool the reactor and stabilize it and now, in an act of desperation, are having to resort to diverting and using sea water,” he said.

Boron, a chemical element, was being added to the water “to sort of stymie other potential nuclear reactions,” he said.

Boron has the ability to absorb neutrons, the sub-atomic particles that occur in the nucleus of all atoms. In a nuclear reactor, it is essential that just the right number of neutrons are present. Too many neutrons can cause a fission reaction to get out of control. Too few neutrons and a fission reaction stops.

But, he acknowledged Sunday to reporters in a conference call, “There’s a lot that we don’t know about what’s happening with these reactors. It’s trying to piece together a picture where you’re dealing with just a few pieces of the puzzle.”

Another expert said enough was known to conclude that the nuclear events in Japan rank high on the list of similar incidents. “If this accident stops right now, it will already be one of the three worst accidents we have ever had at a nuclear power plant in the history of nuclear power,” said Joseph Cirincione, an expert on nuclear materials and president of the U.S.-based Ploughshares Fund, a firm involved in security and peace funding.

He said only the 1979 partial meltdown of a reactor core at the Three Mile Island nuclear plant in Pennsylvania and the 1986 Chernobyl disaster in the Soviet Union were worse.

If the effort to cool the nuclear fuel inside the reactor fails completely — a scenario experts who have spoken to CNN say is unlikely — the resulting release of radiation could cause enormous damage to the plant or release radiation into the atmosphere or water. That could lead to widespread cancer and other health problems, experts say.

The problems reported at two other reactors in the complex stemmed from a similar cause: an insufficient amount of water being pumped into the cores in an attempt to keep them cool.

To ease the pressure inside reactor No. 3, air containing “some minimal radioactive material” was being vented from its containment vessel, Edano said, expressing confidence in the outcome. “We believe that we can stabilize the situation of the reactor,” he said.

An evacuation order affected more than 200,000 people living within 20 kilometers of the plants, officials said.

Some experts said the flow of information from the agency has not been fast enough.

But IAEA Director General Yukiya Amano defended the Japanese response. “I know the Japanese authorities are working their hardest to gather the necessary details and ensure safety under difficult and constantly evolving circumstances,” he said in a statement.

Japanese authorities have classified the event at Fukushima Daiichi Unit 1 as a level 4 “accident with local consequences” on the International Nuclear and Radiological Event Scale intended to communicate to the public the significance of radiation-linked events. The scale runs from 0 to 7, with the latter being classified as a major accident.

On Saturday night, three patients at a hospital tested positive for radiation exposure, according to the Japanese public broadcasting station NHK, citing a statement from Fukushima Prefecture.

The three had been randomly selected from a group of 90 hospital workers and patients who were outside the hospital — about three kilometers from the Daiichi plant — awaiting evacuation at the time of the explosion. The patients had already been hospitalized at the medical facility prior to Friday’s quake.

While the three showed signed of exposure, “no abnormal health conditions have been observed,” NHK quoted the prefecture as saying.

Meanwhile, two experts from the U.S. Nuclear Regulatory Commission with expertise in boiling-water nuclear reactors like those affected by the disaster have been sent to Japan as part of a U.S. Agency for International Development (USAID) team.

The NRC’s Maryland-based headquarters operations center has been operating round the clock since the beginning of the emergency.

The Japanese government was preparing to distribute iodine tablets to residents, the IAEA said. Iodine is commonly recommended to block the uptake by the thyroid gland of radioactive iodine.

The problems at the Daiichi plant began Friday when the 8.9-magnitude quake struck off the eastern shore of Miyagi Prefecture. The quake forced the automatic shutdown of the plant’s nuclear reactors and knocked out the main cooling system, according to the country’s nuclear agency.

A tsunami resulting from the quake then washed over the site, knocking out backup generators that pumped water into the reactor containment unit to keep the nuclear fuel cool, according to the agency.

As pressure and temperatures rose inside the reactors at the Daiichi and Daini plants, authorities ordered the release of valves at the plants — a move that experts said was likely done to release growing pressure inside as high temperatures caused water to boil and produce excess steam.

As crews were working to pump additional water into the reactor containment unit to lower the temperature, the pumping system failed, Edano said, causing the explosion that injured four workers and bringing down the walls of the building containing the reactor.

He described their exposure as “not hazardous to health.”

The team then reverted to the plan to flood the reactor with sea water, which Edano said would lower the temperature to acceptable levels. That work began Saturday night and was expected to take two days, Edano said.

Japan is heavily dependent on nuclear power, with 54 plants and another eight slated for construction, said Aileen Mioko Smith of Green Action, an environmental group. All are located in “very seismic” areas, she said.

CNN’s Tom Watkins and Greg Botelho contributed to this story.