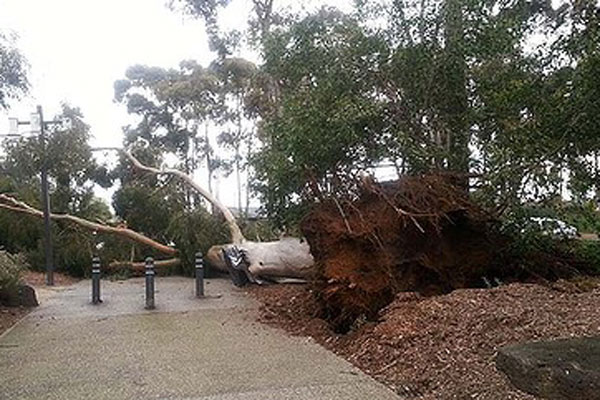 Melbourne and Victoria have certainly been in the news lately with all sorts of weather conditions and this time it’s the wind that’s been causing problems.

Two people have been injured as strong winds and storms lashed the state of Victoria today.

One person was trapped in Kew when a tree came down on their car around 8:30am this morning and another person suffered minor injuries after a tree hit their car at Kilmore, north of Melbourne.

The winds have also brought down a number of trees at Healesville, Upper Yarra and Nunawading.

The State Emergency Service has responded to close to 100 calls for help.

A severe thunderstorm warning for strong winds and hail was issued earlier in the Mallee, Wimmera and South West districts.

There is also a severe weather warning for damaging winds of up to 110 kilometres per hour in elevated areas in the North Central, South West, North East, Central, West and South Gippsland and East Gippsland forecast districts.

Conditions are expected to ease tonight.