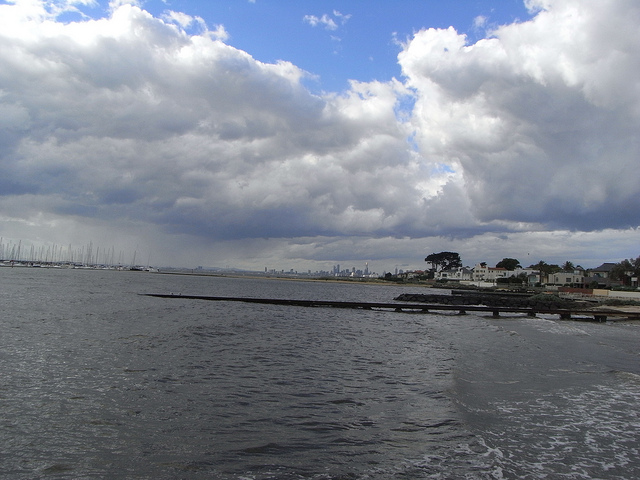 Fow Kiwis heading to Melbourne this week the forecast is a little all over the show and you can expect a bit of everything.

Stunning warm weather is the story for Victorian capital today but then wind and showers will burst into the city on tomorrow.

Melbourne is returning to warm and sunny weather today, although many will be happy it won’t be as hot as most of March thus far. The running average for the month sits just under 30 degrees, which is a remarkable six degrees above average.

Today is heading for a top of 29 degrees, followed by a warm night as northerly winds and cloud keep the heat near the surface. Most of the night will sit in the low-to-mid 20’s, but this is well below the uncomfortable record minimum of 26.5 degrees set last week.

Tomorrow morning northerlies are expected to become strong and gusty around the same time as showers develop. Roads may become hazardous and many umbrellas will turn inside out. Showers are most likely early in the morning, with those arriving late to work having the best chance of staying dry.

Northerly winds are likely to gust above 80km/h in the city before winds turn westerly and drop slightly with the arrival of the strong cold front in the afternoon. The front should only have a marginal affect on the temperature.

The passage of the front is also expected to produce showers, and possibly storms, meaning that the afternoon peak may also be hazardous. Once again, conditions on the road are more likely to favour those leaving later as showers and storms will clear during the early evening.

Friday will be far calmer than tomorrow with light winds, mild temperatures and increasing sunshine presenting a nice end to the working week.

Looking ahead to the weekend and there is the chance of a few showers on each day, although most of the weekend will be dry.