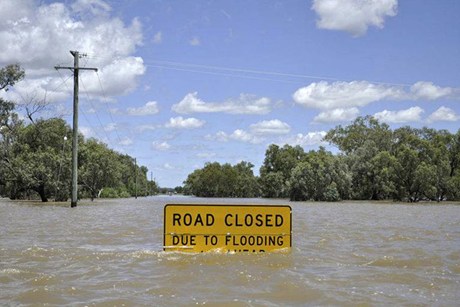 The rain keeps tumbling down over some eastern parts of Australia with Bundaberg, Queensland bracing itself yet again for more potential flooding.

The weekend was very wet across parts of Queenland and New South Wales with some big totals recorded.

Authorites say there will be some flooding in streets and sports fields but no homes will be affected this time.

Bundaberg has already passed its average rainfall for March with more than 130 millimetres falling over the weekend.The region is set for more heavy downpours.

There’s an additional surface trough hanging around the central Queensland coast, around the Capricornia coast, and the central coast, up to almost the tropical coast around Townsville.
That’s supposed to hang around for the next couple of days.

Brisbane has already received more than half of its average yearly rainfall.Heavy downpours over the weekend pushed up the figures which means the city is basically three months ahead of schedule in terms of the amount of rain.

100 millimetres fell through  Brisbane city and up to 120 to 140 millimetres in some of the northern and also the southern Brisbane suburbs as well.

The hinterland around the Sunshine Coast and the Gold Coast also recorded up to 150 millimetres.

Mackay had 120 millimetres overnight and some areas had even more than that through part of the region due to thunderstorm activity.

The good news is that it is easing up and the system that brought most of that rain is actually moving westwards, which is unusual. Therefore it’s obviously not heading towards our shores where it’s much needed.