OZ to be declared “drought-free” on Monday 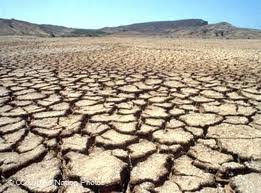 The Federal Government is expected to declare Australia “drought-free” next week.  It will be the first time that has happened in over a decade.

Minister for Agriculture, Fisheries and Forestry Senator Joe Ludwig calls this a major milestone for agriculture in Australia, saying “The extended period of drought – which made things tough for many on the land – is finally over.”

The Federal Government is expected to work with State and Territory Governments to draft a new drought policy at a meeting being held today in Adelaide.

Minister Ludwig says, “As previously agreed with State and Territory Ministers, and recommended by the review of pilot drought reform measures in Western Australia, our reform will see a national framework introduced which focuses on risk management and preparedness, rather than on crisis management.”

Whilst Minister Ludwig says a major step toward the new framework will be phasing out the Exceptional Circumstances (EC) interest rate subsidy.  That is expected to conclude on 30 June of this year.

However, the Gillard Government is expected to continue to fund the Transitional Farm Family Payment until June 2014.  A move that Minister Ludwig says will help support those farmers still suffering hardships.