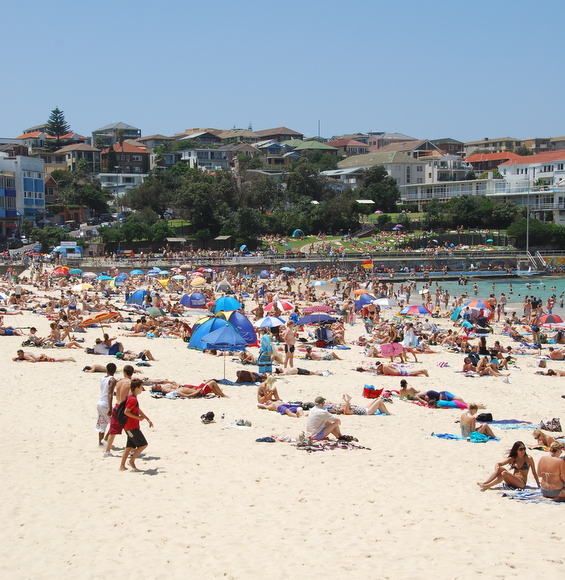 It has been 45 years since Sydney has been as warm this late in autumn, bathing in 26-degree sunshine for the fourth day running.

In the past 150 years the city has only once been this warm this late in the season. In 1968 it reached at least 26 degrees in the four days from 28th April to 1st May.

A big plus for many people is that this summer-like warmth, minus the humidity, covered most of the unofficial long Anzac weekend and final weekend of the school holidays.

It was also not too bad for those who have had to put up with a standard two-day weekend. Both Saturday and Sunday reaching at least 26 degrees has not occurred this late in autumn since 1990.

A warmer-than-normal air mass has been building over central Australia with help from a lengthy run of cloud-free skies and a lack of strong cold fronts. In the last few days this warm air had been drawn across the southeast of the country ahead of a cooler change,.

It won’t be until later in the week before it cools to the low twenties with help from a stronger front, which will bring showers on Wednesday night and Thursday. This is the type of front which would typically arrive earlier in April, rather than in early May.
Showers are forecast to clear on Friday, leaving Sydney with another dry and unseasonably warm weekend, albeit cloudier than last weekend. Temperatures will reach the low-to-mid twenties, three-or-four degrees above average for this time of year.