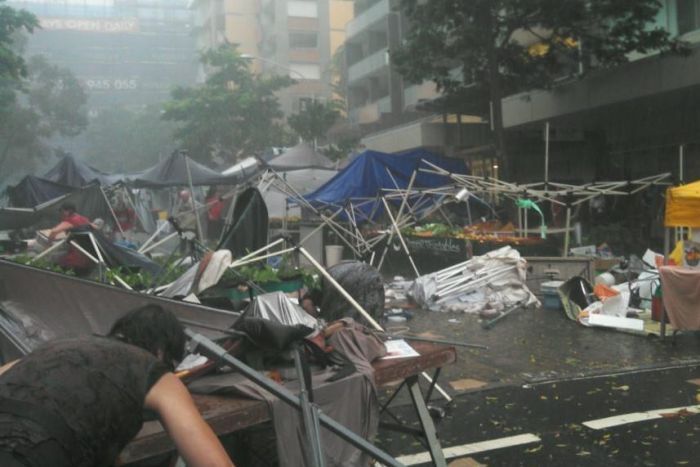 Emergency crews worked throughout the night after severe thunderstorms in south-east Queensland brought down trees and cut power to 50,000 people.

The storms knocked out power in the Brisbane and Ipswich areas, with emergency services responding to 100 calls for help.

45mm of rain fell within 30 minutes at Carole Park, while 40mm fell within the same period at Brassal.

Gusts of wind were recorded as high as 90 kilometres per hour and there were reports of very intense winds, hail and big downpours.

Leaking roofs were a big issue overnight and many would be assessed throughout today in terms of damage.

The immediate threat of severe thunderstorms has passed, but there could be more activity in the south-east inland tonight.