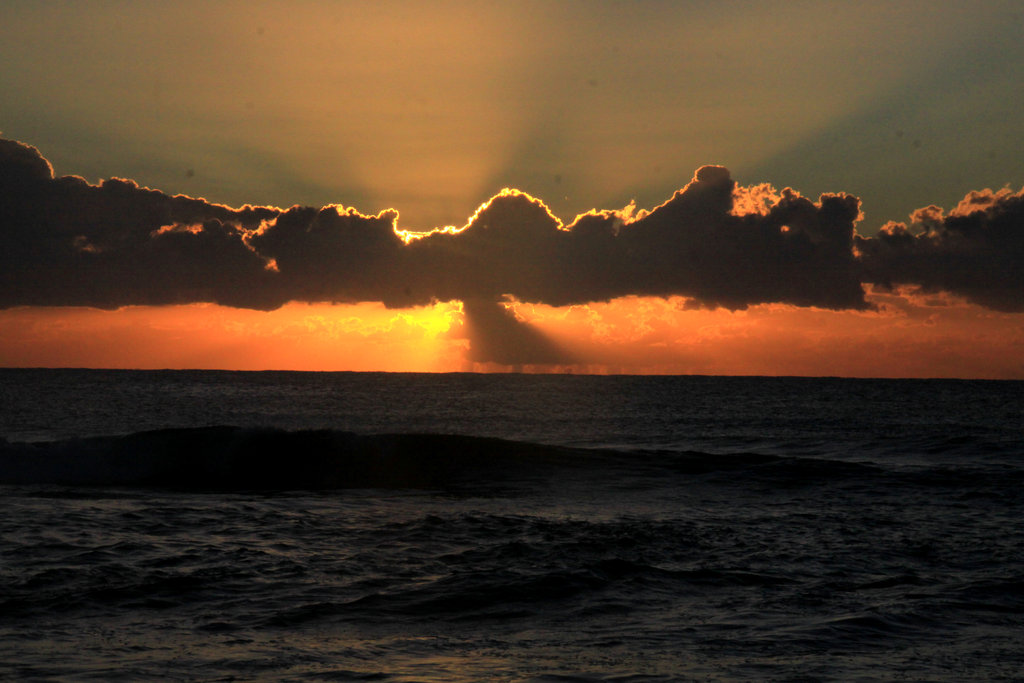 We’ve had a recent wet spell and now it appears big rain is heading for the larger cities across the ditch.

Heat lingering after a record hot summer and a lack of strong cold fronts so far this season have contributed to the warmer than average sea surface temperatures recently off the NSW coast. Adding to this, the East Australian Current, which brings warm tropical water into the Tasman Sea, has recently strengthened and extended further south.

Sea temperatures generally have a lag time of three months compared to atmospheric temperatures. This corresponds to the warmer than average water temps recorded off Sydney recently and the record hot summer.

Warmer than normal conditions can combine with a cold atmosphere to produce an ideal situation for the development of East Coast Lows (ECL’s). ECL’s are intense low pressure systems which occur a few times each year off the eastern seaboard of Australia and can generate heavy rain, rough seas and damaging winds.

A low pressure trough formed over Western Australia during the weekend and is likely to move east over the coming days. By mid-week it should have reached the east coast, with indications that an ECL will form off New South Wales or southern Queensland.

If an ECL does form, characteristically it will generate heavy rain, strong winds and large seas along parts of the eastern seaboard.

… and then they normally head our way….

Very true and next week could be our turn!