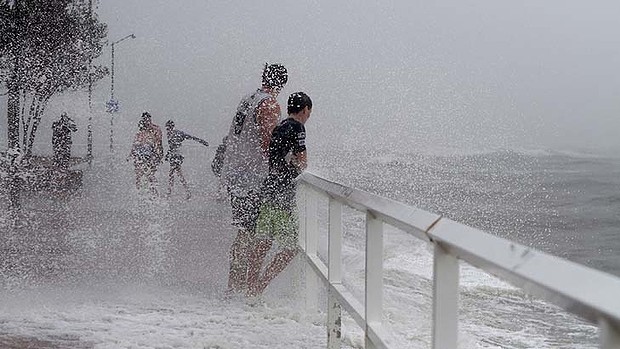 It’s been a very wet year so far for parts of Queensland and this pattern doesn’t appear to want to change for the long Easter weekend which could frustrate those heading over to the so-called sunshine state.

It starts off reasonably dry but showers seem set to move in on Easter Sunday and Monday with winds becoming breezy to brisk.

Brisbane so far this year has had 700mm of rain which is more than what Christchurch sees in a year on average.

Sydney looks drier overall and even though there’s a risk of a shower, sunshine should come and go with top temperatures in the mid twenties range.

Melbourne has seen all sorts over the last few weeks with record heat but also a couple of much cooler and blustery days.
This weekend shapes up to be fairly pleasant but may start off a little indifferently.
A few showers could pick up later on Easter Saturday but the remainder of the long weekend should be mostly dry and plesant with highs around 22 degrees.

In contrast to Brisbane, the Victorian capital has seen 600mm less rain than their northern counterparts for the year to date.