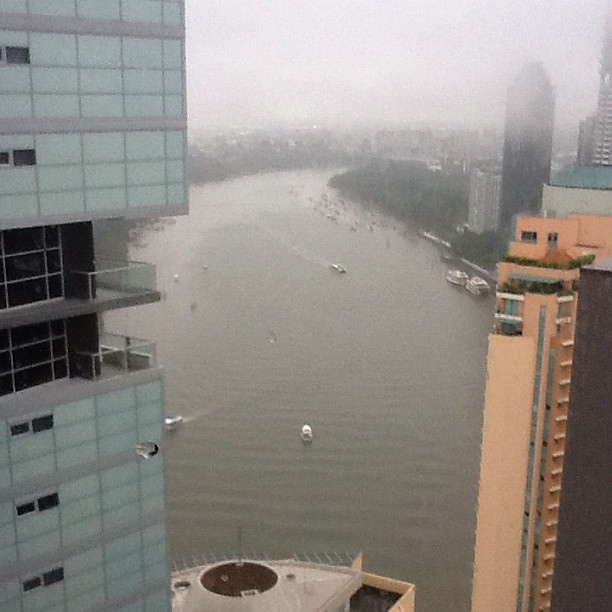 Australia has seen plenty of rain over Queensland and New South Wales and it’s not  quite finished yet whereas western and southern states continue to feel the heat.

Sydney has seen a few showers today but it’s forecast to dry up this afternoon with highs in the mid twenty range.
The rest of the week looks fairly sunny with just a few clouds rolling through and a risk of a shower tomorrow morning.
Nor’ east breezes are likely over the next few days and mild nights are on the agenda with lows near the 20 degree mark.

Melbourne is in for a hot one today and the rest of the week with highs moving into the low thirties.
Sunny skies on most days are anticipated with just harmless clouds at times.
Winds will come in from all directions coming up but mostly light.
Overnights will be warm and 20 degrees is where it should bottom out.

Brisbane has been having a bit of a rough trot lately and this week showers appear to come and go.
They’ve moved in steadily so far today but hopefully from tomorrow onwards they should slacken off a little.
The sou’ east winds are expected to continue all week and this is what has been dragging the showers to shore.
Temperatures during the next few days will be in the mid twenties and during the night it’ll be humid with minimums expected near 21 or 22 degrees.

Adelaide is in for a very hot week with highs in the mid thirties. Sunshine is the main feature with a few cloudy spells possible.
Temperatures early next week near the 40 degree mark.

Perth is seeing the thermometer rise each day this week and starting off with the high twenties today but then the thirties for the rest of the week with Friday and Saturday the hottest days.
Cooler air should move in on Sunday with a thunderstorm but still 30 could be topped.

Homepage image of another wet day across Brisbane, Australia