Overseas: Tornadoes and a Typhoon 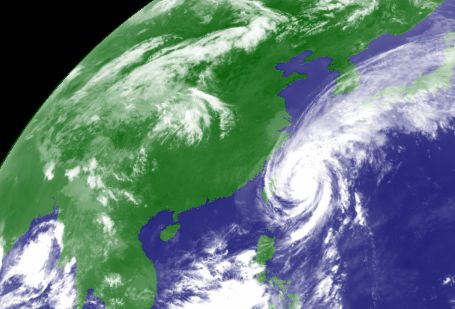 In about 48 hours Japan will face its next  threat – this time in the form of a typhoon.

Typhoon Songda, which yesterday was a severe category 5 typhoon, has today weakened a little but remains a dangerous and powerful storm.

It’s expected to brush the Philippines today and overnight before rushing northwards towards Japan.

Again Songda is expected to only brush Japan but could bring fierce winds, seas and torrential tropical rain to the south eastern side of Japan, including Tokyo.  The storm will weaken as it heads north, in the same way our cyclones weaken as they head south.

Meanwhile the forecast is improving across America as the main front that brought this weeks deadly tornado outbreak finally moves north east and weakens.

The outbreak produced the single deadliest tornado in US history and the death toll may more than double with over 200 still missing in the city of Joplin, Missouri.