Outlook for the rest of the week 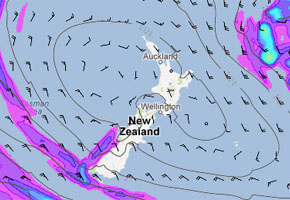 Tomorrow is looking very nice for most. The North Island should have light winds in all areas with mostly sunny skies, morning frosts in inland sheltered areas. Sunny about the top of the South Island and along the east coast with light winds, northwesterlies will be gusty about the Southland coast however. The only hiccup of the day being some cloud along the West Coast and showers south of about Hokitika.

Temperatures should be mild in the afternoon for the east coast of the South Island getting into the mid teens perhaps a little higher. Mid teen high’s across most of the North Island.

Thursday looks mostly like a repeat of Wednesday, winds will be a bit lighter about Southland however and it may be cloudier with the chance of a few showers on the coast. Friday is similar again however Southland should remain dry this time, winds will be light across the South Island. East to northeasterly winds pick up across the North Island with some cloud developing.