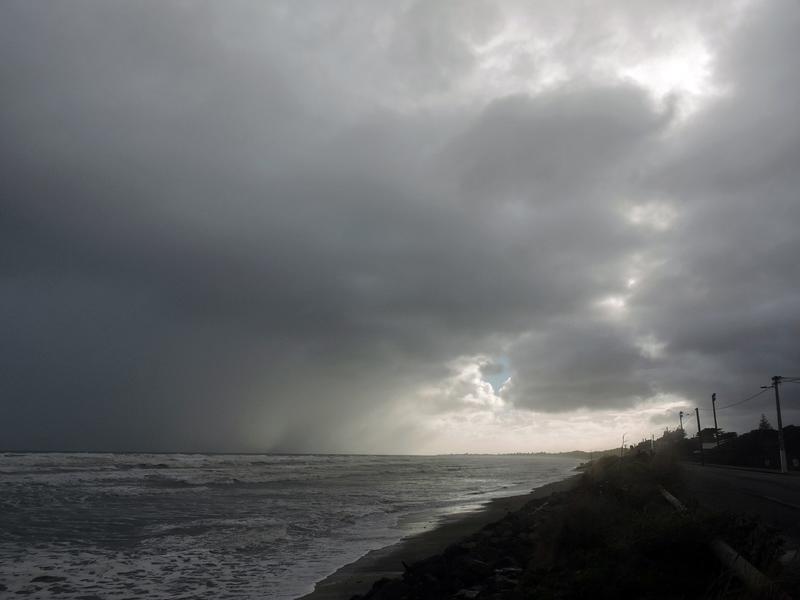 A low sits in the Tasman Sea on Monday while a front moves towards New Zealand crossing the country later in the day.

It’s fair to say the west of both islands is looking to see rain move in by afternoon becoming heavy for some especially the West Coast of the South Island, eastern regions should see some rain too however it may not spread through till late afternoon or evening and it won’t be as intense as out west. Thickening high cloud in the east before rain moves in.

Winds will generally be from the north over the North Island and the northeast over the South Island, becoming gusty / strong from afternoon and especially in the evening out west. 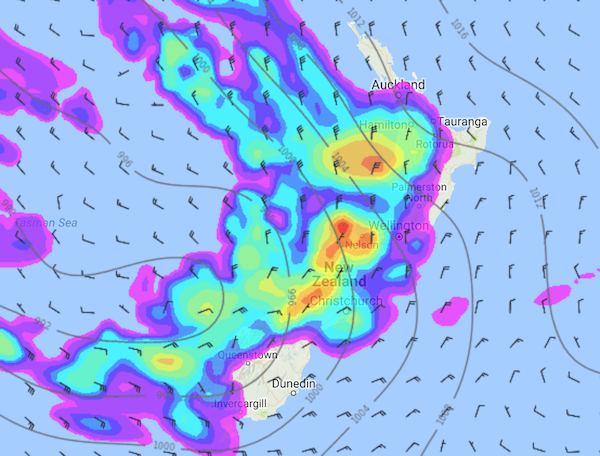 Tuesday sees a north to northwesterly airflow over the North Island. Expect mainly cloudy skies in the west with areas of rain, heavy at times for some mainly Auckland southwards. The east coast sees thick high cloud with spots of rain spreading over from the west at times.

The South Island has mainly cloudy skies in the west with some rain, Southland and Otago see showers but Canterbury northwards may actually see some sun with gentle northwesterlies. Late afternoon / evening a shower or two may make it into Canterbury northwards to about Banks Peninsula as a southerly change makes its way up the coast. 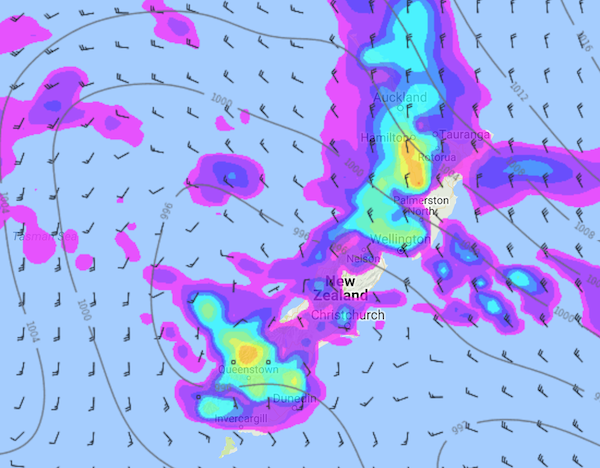 So not the best outlook but there may be a few bright spots in the mix, mainly in the east.