Our sun as we’ve never seen it before 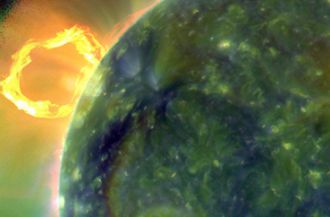 Launched on Feb. 11, 2010, SDO is the most advanced spacecraft ever designed to study the sun. During its five-year mission, it will examine the sun’s magnetic field and also provide a better understanding of the role the sun plays in Earth’s atmospheric chemistry and climate. Since launch, engineers have been conducting testing and verification of the spacecraft’s components. Now fully operational, SDO will provide images with clarity 10 times better than high-definition television and will return more comprehensive science data faster than any other solar observing spacecraft. 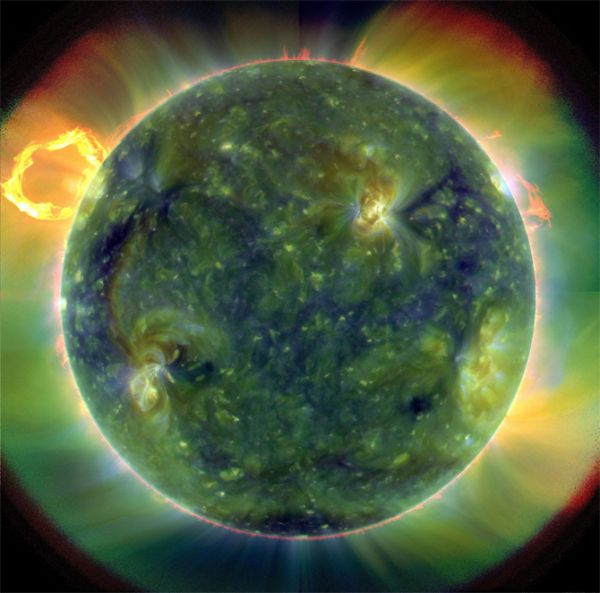 SDO will determine how the sun’s magnetic field is generated, structured and converted into violent solar events such as turbulent solar wind, solar flares and coronal mass ejections. These immense clouds of material, when directed toward Earth, can cause large magnetic storms in our planet’s magnetosphere and upper atmosphere.

SDO will provide critical data that will improve the ability to predict these space weather events. NASA’s Goddard Space Flight Center in Greenbelt, Md., built, operates and manages the SDO spacecraft for the agency’s Science Mission Directorate in Washington.

Space weather has been recognized as a cause of technological problems since the invention of the telegraph in the 19th century. These events produce disturbances in electromagnetic fields on Earth that can induce extreme currents in wires, disrupting power lines and causing widespread blackouts. These solar storms can interfere with communications between ground controllers, satellites and airplane pilots flying near Earth’s poles. Radio noise from the storm also can disrupt cell phone service.