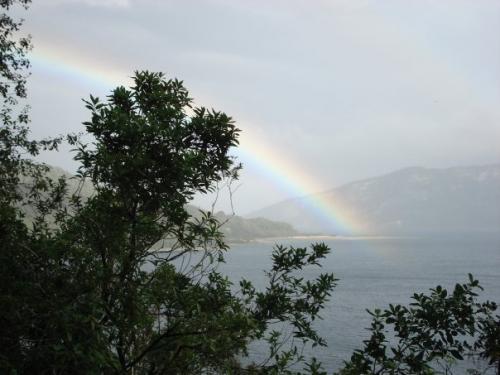 It’s not too often we have a low pressure system that affects us for over a week – but this current low is likely to influence our weather for at least eight days says WeatherWatch.co.nz.

The weather news authority predicts the low will start to ease slightly on Wednesday then continue to weaken as we head into the weekend.

However a blocking high to the east means the low has no where to move – and will linger just to the west of New Zealand.

The centre of the low hasn’t really stalled though – it will drift southwards before drifting northwards then likely returning south again – weakening the entire time.

Bands of rain, along with long dry spells, are also in the mix.

WeatherWatch.co.nz says the wind flow over northern New Zealand will be mild with sub-tropical air pushing overnight lows well above average and daytime highs slightly to moderately above average.

But the easterly flow over the South Island will mean cold, wet and grey conditions in the east but warm and windy in the west.

WeatherWatch.co.nz says the forecast is a positive one for the South Island with much needed rain for parched parts of Otago and Southland and that rain turning to snow for the ski fields.

Weather analyst Aaron Wilkinson says the snow level in Canterbury will lower to 600m across Tuesday and Wednesday as the cold south easterlies blow through.

In contrast upper parts of the North Island will see highs around 17 and 18 degrees this week with overnight lows in the double digits too.

A total miserable winter day here, cold, wet and grey. Only 10 deg at our place right now. A good inside day for sure.