Our 10 day storm – a look back at the highlights 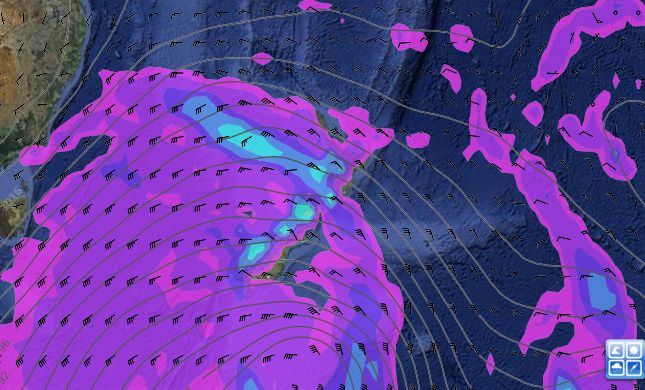 HOS Column — It’s been a rough 10 to 12 days due to a large storm in the Southern Ocean that helped pull the roaring 40s up and over the country.

The storm proved to be an almost carbon copy of the big September storm last year, although striking us in the middle of winter meant the consequences weren’t so serious.

Winter storms often cause less damage than those in other seasons. This is because during winter trees are lighter (many have less leaves). Trees without leaves weigh less so don’t break, or catch the wind, as easily. Also, a storm in winter is unlikely to have major farming complications with lambing yet to get under way. A snow storm in spring, however, can be major.

Weather enthusiasts loved the rough weather with many thunderstorm spotters enjoying the regular squalls; those east of the main ranges in both islands were disappointed the storms didn’t make it to them.

“Fizzer of a storm that one!! Hope we actually get a real one before winter is out,” wrote Rachel Trott on the WeatherWatch.co.nz Facebook page.

But others were thankful to hear that the conditions were easing towards the end of the week.

“As much as I personally love wild weather, this storm has cost me a couch and severely stressed traumatised pets. Living with the rain, mud, broken trees, damage from the winds not to mention tornadoes is NOT my idea of fun,” Jenette Smith told WeatherWatch.co.nz