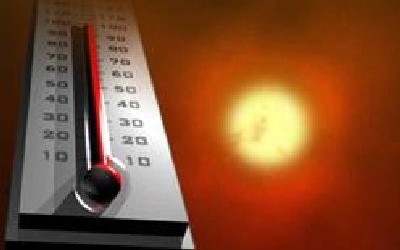 Australia has endured a particularly hot summer so far and there are signs the rest of summer could be warm to very warm but hopefully without the intense heat of recent weeks.

Sydney and Hobart have both broken all time records for high temperatures recently while Brisbane, Canberra, Melbourne and Perth have got close to recording sizzling highs.

Alice Springs has been particularly hot and last week broke the record of having more than a week of daytime highs above 40 degrees. Tomorrow, Wednesday and Thursday should see the heat return with the mercury hovering around 40-42 degrees.

One factor for the heat for the first half of summer was the delay of monsoonal cloud and rain affecting the far north of the country.
The desert baked under clear skies and hot winds blowing out of the desert resulted in very high temperatures and winds to southern and eastern states.

Western and northern parts of New Zealand have seen smoke from across the Tasman sea over the last couple of weeks and some heat has also managed to affect eastern and inland areas on this side of the pond.

Temperatures are likely to be high midweek from Gisborne to Otago before cooling off as a front crosses the nation.