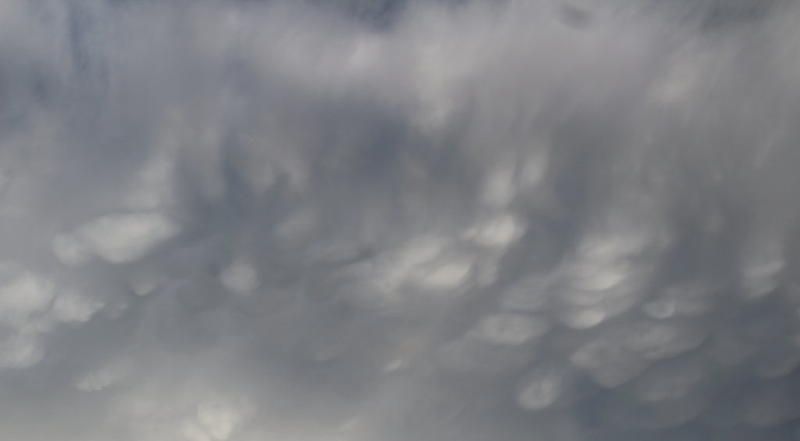 Last week, as some parts of New Zealand were affected by heavy rain and severe winds, some eastern areas were basking in conditions that resembled more like mid spring than the depths of winter.

Temperatures in places like Cantrerbury and Wairarapa crept into the low 20s as a wall of westerly winds blew in across the country, delivering rain to western areas but sun and warm winds to the east.

However, as we’ve seen in the past – most recently with the droughts – Mother Nature has a way of simply evening things out over time.

I’ve said this before, but a farmer a few years ago told me “If it’s dry for the first half of the year, get ready for floods in the other half”.

The droughts at the start of the year were significant for the North Island – but by May people were already asking “What droughts?” as rain quickly returned, leading to areas of flash flooding across some regions.

Now, a week unseasonably warm, sunny, weather for eastern and north eastern areas of the North Island the weather is balancing things out again.

Cloud, cool to cold winds and a mixture of rain (sometimes heavy) and showers will affect Bay of Plenty, Gisborne, Hakwes Bay and Wairarapa over the next few days – while the South Island’s West Coast has the sunny weather those regions had last week.

Given that the author of this article has made no prediction of dire upcoming events, I don’t think any scaremongering has occurred. I’m certainly not alarmed at the thought of a dry spell being followed by a wet spell, or a cold one being followed by a warm one. The law of averages tends to prevail, even if, at times, it is spread over a couple of years rather than a couple of seasons.

The message about nature balancing things – could that be propaganda to keep encouraging people to see weather as made by nature and not modified by man with geo-engineering. There is now so much evidence that the weather has been interfered with, that there are agendas behind claiming lands by exhausting land owners with droughts, floods and adverse weather so that the big corporations can take them over and grow GMO crops etc. Just look at one movie, “Why in the world are they spraying” and the scientists and ethical researchers there will explain how it is man made weather modification causing the extremes and not mother nature who does its best to restore to the harm, but is being hurt and harmed in the process.

Propaganda – really!! Weather is caused by nature! Sure we are to blame for long term effects, climate change etc. but stating a pattern based on pervious years is by no means hiding humans effect on the earth and the weather!

Personally I think that is just too simplistic and scaremongering. It may work in some places but not all. We have had dry summers , followed by dry winters.

I guess too the up/down yoyo effect we are seeing with warm/cold temperatures across the country recently, shows how chaotic things are way down South. Looking at the weather maps for the deep Southern Ocean recently, it has been all over the place.It can’t seem to decide if it wants to be Winter or Spring at the moment, (given the westerly gales the South Island have seen recently !).Due to that I suppose we will continue to be surprised by unseasonable warm spells and even a much colder than normal Southerly cold snap now and then, right up into the early Spring months, perhaps reaching even into early OCT.I’ll never forget the savage South Easterly snowstorm on the Napier/Taupo road on 4th OCT 2009. Metservice didn’t even predict that one, it seemed to come out of nowhere.Think it may have been a cut-off low situation ? (not sure !) …. with cold Southerly air from an anticyclone over the Sth Island undercutting it over the SE North Island ? Anyway – 1000 motorists got trapped on the Napier/Taupo road and got rescued by the Taupo 4 wheel drive club.Here in Taupo , it was a bitterly cold afternoon. The sky to the east and SE of the town turned completely white – so we knew Rangitaiki area was getting snow, but never imagined so much was falling.Temps dropped like a stone in Taupo as the afternoon progressed, and after 4pm we were seeing snow flurries that weren’t settling in town.You wouldn’t expect that level of snowfall/cold over the Nth Island in early OCT, more late JUL / early AUG !

OK we been balanced out now,3 months of dry now 3 months of wet,now time for some sunshine again for Auckland.