Opinion: What if forecasters were 100% accurate? 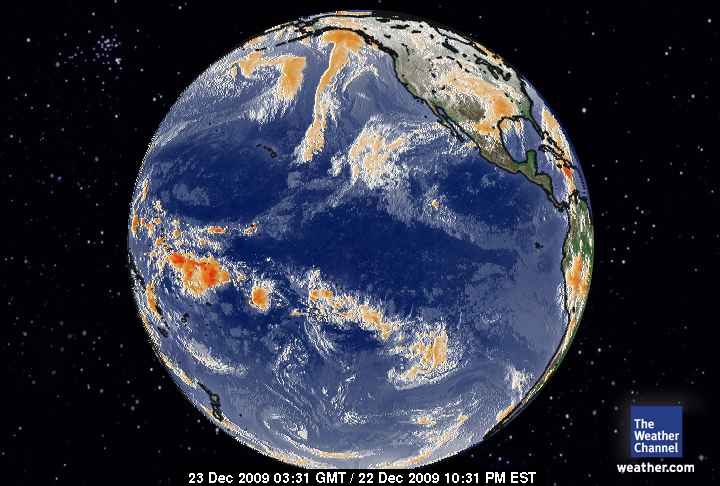 Imagine it’s the year 2100.  It’s 4pm on a Friday and you’re about to take three weeks of annual leave.  You go to check the forecast and you can see, hour by hour, for the next three weeks and what will happen.  Now imagine every hour, of every day, is 100% accurate.

In 6 days time we will have a thunderstorm at 3pm.

And all of it happens perfectly as predicted.

With advances in computer technology we are seeing more and more accuracy in our forecasts…. but are we really?

I’d argue that we aren’t.  I’d argue that more and more weather forecasters are creating great apps, fun products and new services – but none of them seem to address one key question:  Improving accuracy.

Someone asked me the other day why WeatherWatch.co.nz doesnt have hourly forecasts as many international ones do.  I told them to monitor the accuracy for a week and report back.  The person reported back later that same day to say all the forecasts just changed from sun to rain.  Enough said.

Forecasting is still quite basic – we might have millions of dollars of research equipment and computers – but accuracy isn’t leap years ahead of where it was in the 90s.   It’s better – but judging by comments I see and hear everyday, there isn’t a huge difference.

I can understand from a business point of view that having 100% accuracy would be fantastic – it could save you money and help you make money. But what about the general public?

As a forecaster I still find the magic comes in the unknown.  For example, we have a cold front pushing in from the Southern Ocean bringing thunderstorms.  While we know which regions are high or low risk of a thunderstorm, we still all have to wait and see if *our* home is rattled by one.  To me that’s the thrill of weather watching – not knowing where the next interesting part of the weather will come from.

Of course when it comes to safety, we want to be able to predict if a tornado will hit your home.  We have some technology to do this already but MetService prefers to lock it up and sell it instead of freeing it up to the public.  For example, in the US you can look at the live rain radar and track a storm cell moving towards your street – you can even see your street on the map by zooming in – and they also overlay that with lightning data.

MetService won’t let us zoom in or give us lightning data – instead they sell that data for a premium and tell us only experts can track thunderstorms.  In the US the government forecaster has an opposing view that matches us here at WeatherWatch.co.nz – that the more data out there in the public arena, the better equipped the public are.

Keep in mind MetService didn’t even have radar updates to the public beyond one an hour until WeatherWatch.co.nz went public about them putting profits before public safety.  After a year of that mantra MetService quietly ‘freed up’ the network in late 2011 – but there is much more room for improvement, but they have to weigh up profits over what they give to the public.  To be fair to MetService, it’s what the government demands of them – both left and right governments since the early 90s.

Accuracy is getting better – NIWA has invested big bucks in a super computer that, rumour has it, is incredibly accurate and could have significant benefits for the NZ public.

Here at WeatherWatch.co.nz we do our best to be the most accurate forecaster in the country – but no matter how much more accurate we get there will always be a part of me that doesn’t want to 100% know the end result, because that’s a bit like knowing the final score of an All Blacks game just before sitting down to watch it on TV.

How do you measure accuracy (including your own)? Do you have more robust measures apart from ‘judging by comment’ and ‘rumour’?
If you want to get better, you need to know where you are at now, and what you can do to improve. How do you plan to improve?

To take the thought experiment further even. In 2100 in that world you wouldn’t have anything resembling a job or having to work as we know it.

If it were possible to predict the weather far in advance with near perfect accuracy. Then it stands to reason there are many other complex systems that we could also model with accuracy we could only dream about now. The human brain, ecosystems, global climate, health, crime, stock markets and whole economies.

This would transform our world in a way more profound than an entire industrial revolution has. Therefore seems silly to think about our own lives as they are with added perfect weather forecasts, because wouldn’t recognize our own lives in such a world, and such technological superpowers would hardly be used on only weather. Much in the way a person from 1600 AD would hardly understand our technological civilization today.

By 2100 austerity will have gone so far that you only have 3 minutes annual leave.

Totally agree with your final comment. I, also, would not want to live in a world where weather predictions were so accurate so far into the future. Uncertainty is part of the spice of life … sometimes it’s great to get unexpectedly caught in the rain – maybe not at the time, but you smile about it later 🙂

However, with regard to dangerous weather events such as tropical cyclones and hurricanes, we need as as much forewarning as possible. Even something like a major snow dump is great to “know” about a week or so in advance. In this respect, I think that the current prediction models work well and I am sure will get better.

I’d love it. I’d be able to take the afternoon off work to watch that 3pm thunderstorm from a grandstand view with a box of popcorn. But can you imagine the nightmare for employers as everyone in the company tried to book their annual leave for the sunniest two weeks of the summer? I guess having the ability too far in advance would cause havoc.

Back to the Future mastered this by 2015! Don’t worry that is still two years away, so you’ve got some time yet …. 🙂

Phew thanks for the reminder! 😉