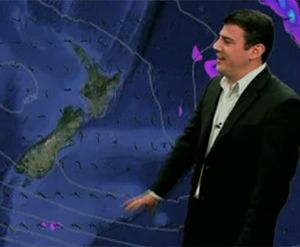 February is here and we have heavy rain – tough as that is to imagine right now – big heat and lots of sun in the forecast.

There are more chances of rain within the next seven days than in the past three weeks combined as our long-lasting high finally moves off to the east and allows in a rain band from the Tasman Sea.

Rain or showers are possible in western areas tomorrow then another high moves in making Waitangi Day fantastic, although there is a chance of rain or showers in the Far North, which should hose down any protesters.

Next weekend another rain band comes in, this time hitting the West Coast with heavy rain but on the East Coast expect hot winds.

In fact, we’re expecting a number of 30-35C days for inland and eastern areas of New Zealand this month, but balanced with refreshing southerly or south-easterly changes that blow ahead of the incoming Tasman highs.

Driest regions will likely be eastern New Zealand with wetter weather falling in the west.

While the rain will help reverse the big dry for some people, most are looking at another hot, mostly dry month ahead – the rain or showers are likely in the first 12 days of February.

Al Gore has finally reacted to mounting criticism of the sale of his failing TV network to Al Jazeera. As I said in my column last week, Gore spent the start of this century labelling big oil as evil, then sold his TV network to the government of Qatar, whose main export is oil, for $500 million.

MSNBC (as far left as Fox News is far right) this week confronted Gore on the hypocrisy of the sale in a TV interview.

“I certainly understand that criticism – I disagree with it,” Gore said. He then quickly went on to filibuster by saying how Al Jazaeera has worked hard to become a trusted and reliable news source. That wasn’t the question.

He was again asked if it was hypocritical for him to sell his network to Big Oil, after condemning it for more than a decade. Come on Al, second chance, what’s your answer? “I get the criticism – I just disagree with it.”

Swing and miss – a bit like his presidential bid. Outside of the sun, Al Gore could be the second biggest source of hot air to affect planet Earth