Opinion: NZ has summers that are “juuust right” 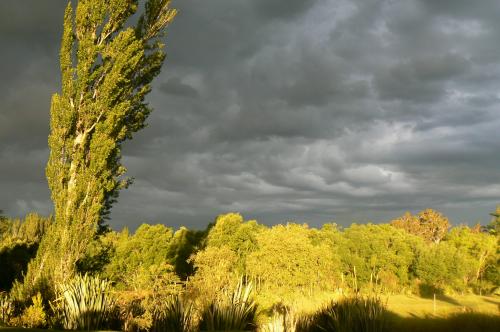 This, the weather we’ve been having for the past five weeks, is what a “fairly average summer” in New Zealand looks like. I highlight this because in spring I said the weather pattern this summer looked “average” – and many interpreted that as “poor”.

Of course some areas have had extreme weather – we’ve seen flooding, snow and houses burn to the ground – but for the most part severe summer weather has been isolated.

I told a Herald reporter this week that many of us shape our memories of summer when we are children, teens and young adults. Memories, quite often, of long, hot, dry summers, perhaps locked in at a young age during an impressive drought that you now can no longer recall, but you can remember the dry grass and endless blue sky days.

Times haven’t changed, but as we get older those “long” summers aren’t as long as we remembered.

Most adults I know remember summer lasting an eternity as a kid … but that’s a child’s brain working, not the weather that’s changed.

So when we have an “average” season it’s a word we should embrace. It usually means a mix of weather. Plenty of sun, plenty of heat – but some rain too, to keep things alive.

New Zealand lies too far north of Antarctica for brutal winters. Being surrounded by water also helps limit our heat and stop our nights from getting too cold.

My family from Toronto think a winter in Auckland is heaven – you can wear T-shirts, sit outside for lunch and see flowers in bloom. They are locked indoors for up to six months due to snow, ice and the cold.

We are also too far south of the tropics to have extreme heat. It’s not like the fiery extremes of Australia (45C-plus). Although we have had the odd heat wave over 40C, it is rare and often isolated.

We are the porridge that’s “juuust right”. However the wind has been annoying. I felt for the campers the other night but I did my time camping, 30 years in fact, so my sympathy is limited insofar as yep, I know that feeling of the tent flapping all night and keeping me awake. But hey – be thankful that’s the only thing you’re complaining about weatherwise.

I think most New Zealanders would agree, Aussie can keep their 45C heatwave – our “average” summer isn’t so average after all … it’s pretty damn good.

– Philip Duncan writes a weekly column for the Herald on Sunday.

Some regions are having a brilliant summer, others aren’t so lucky – let us know know where you are and if you think the weather this summer is better or worse for you than last year, and why.

Definately a better summer than last year , well where i am in Marton that is , have had heaps of warm to hot days and have gotten used to sleeping with just a sheet . Hawkes bay has been hot as with the past week just about every day in the 30’s . I reckon summer is the best time to be in NZ and we still have 2 or so months to look forward to . Just on another note , i feel for the cows and sheep that do not have adequate shade from trees etc in open paddocks , come on ! animals feel the heat as well !

Notwithstanding some windiness, it’s been warmer, drier and sunnier than the previous “summer” here so far – and also better than the two before that as well.

Great article and right on the button. I too think our summers are usually just right as I for one would not enjoy the Aussie temps one bit.
My daughter in Perth tells me they have been having temps of up to 40C and all is very dry, she looks forward to some rain, misses the greenery here and spends a lot of time indoors with the A/C on. Their winters are pleasant though she says.

Here in Whangarei we have enjoyed several days in a row with minimal winds, beautiful blue skies with little cloud, day time temps up to 30C and warm nights requiring a fan to help keep cool enough to sleep. A great taste of summer weather for sure.

We certainly do well here in NZ when you take stock of weather elsewhere. My granddaughter in Salt Lake City enjoying -9 degC and her husband clearing about 3 ft of snow from the driveway. I remember doing that sort of thing in England when a young man but know which I prefer. It is not the snow!!

Very cool article, well written. When summer days feel bad, just think of a hard out mid-winter southerly, waking up at 4 degrees or below with a vicious wind blasting away, and any summer day suddenly feels like paradise. One thing that is great about summer – it is warm. I don’t mind cool conditions, but I hate the freezing cold!

Has “come right” since the 9th of this month,though rain would be ok now but not more wind.

A bit windy in Wellington, but a good summer all the same.

Oh and a childs memory is fine, as we get older our minds become corrupted, a childs is not.

Living in Christchurch I think this summer has been pretty good thus far. Certainly better than last time round! Nice heat and not too much rain – and not too many cloudy NEs. But we are lucky living on the east coast and also away from humidity. With (real) mountains, river, lakes, forest and beaches all very close. New Zealand at its best.