Only 117 years ’til this asteroid (possibly) hits planet earth 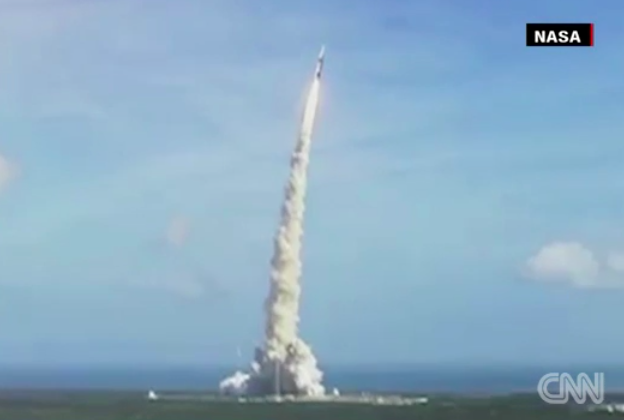 Chicken Little was right. In a very literal sense, the sky is falling. Not today and not tomorrow, but eventually. NASA has announced that on September 22, 2135 (which happens to be a Thursday, if you need to check your schedule), there is a small chance an asteroid half a kilometre across (named Bennu) will slam into the Earth with an impact energy equivalent to the currently deployed arsenal of US nuclear ballistic missiles.

Needless to say, if that happens, it will definitely be a bad day for everyone.
But, not to worry, NASA has a plan. In a theoretical exercise, a team of engineers devised a conceptual design of the Hypervelocity Asteroid Mitigation Mission for Emergency Response vehicle, or HAMMER. It is a hypothetical spacecraft that could either ram into Bennu or target it with a nuclear device, either of which it is hoped would deflect the asteroid away from Earth.
HAMMER is not an actual NASA program, but rather an investigation into the technical challenges that would arise in building such a device. The 1998 movies “Armageddon” and “Deep Impact” were dramatizations of broadly similar efforts.
While it is rather unlikely that Bennu will actually hit Earth, it is inevitable that eventually a similar one will. The probability of an impact is high for smaller rocks and decreases rapidly for larger asteroids.
In 2013, a meteor about 60 feet (20 meters) across hit the Earth near Chelyabinsk in Russia. This relatively small rock still did considerable damage. It released about 30 times as much energy as the nuclear explosion at Hiroshima, blowing out glass windows and causing 1,500 people to seek medical attention.
It was small enough that the energy was mostly dissipated in the atmosphere, although a few rocks hit Earth. At the other end of the spectrum was a meteor about 10 miles (16 kilometers) in diameter that hit the Yucatan Peninsula 65 million years ago with enough energy to wipe out the dinosaurs as a dominant form of life on Earth. This meteor left a crater about 100 miles (150 kilometers) across.
Meteors like the Chelyabinsk one are fairly common, hitting the Earth every few years, while those on the scale of the Yucatan one happen perhaps every 100 million years or so. In between are impacts comparable to the Bennu asteroid, which are also fairly rare, perhaps once every 100,000 years.
But even smaller meteors can cause considerable damage. And they are surprisingly common, although luckily most impacts occur over the oceans or uninhabited regions around the globe. An impact of even a modest-sized meteor could have catastrophic consequences if it were to occur over a large city. Humanity would have to intervene to avoid massive loss of life. Ideally, that intervention would be a mission like HAMMER to avoid the collision entirely.
In the asteroid-deflection business, warning is everything. A small amount of force applied to an asteroid many years before a predicted impact can easily alter the asteroid’s orbit, while a last minute intervention could require so much force that it might well be impossible to avoid the impact.
With that in mind, NASA set up a program whose chief executive has what could well be the coolest title of any position in any organization: Planetary Defense Officer. The Planetary Defense Coordination Office oversees studies of mitigation efforts (like HAMMER and others) but also the near Earth orbit, or NEO, observations program. The Center for NEO Studies is dedicated to watching the skies, looking for large space rocks in orbits that could intersect the Earth.
– Read the full story HERE + video, via CNN.com

– WeatherWatch.co.nz is proud to be a CNN affiliate