On and off again: Situation & outlook for Thursday 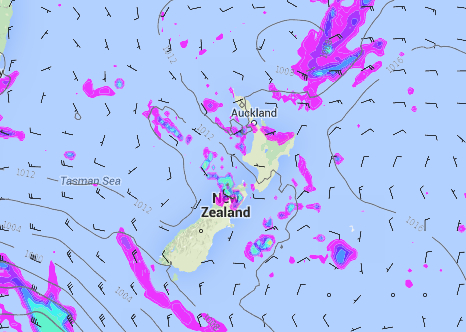 There’s a lot going on in our weather in general, but the trend for Thursday is pretty tame by comparison – with gentle northeasterlies for the north and dry in the rest of the country.

A rainmaking front is approaching the South Island, due to make landfall on Friday, but ahead of it will be a warm northwesterly airflow – pushing temperatures up and keeping the island dry for the most part.

Further north, a few light showers look likely in parts, though it’s set to mostly centre around the North Island ranges and not many other places tomorrow.

Keep an eye on our latest forecasts towards the weekend, as it’s going to be a busy one – with plenty of rain and shower activity in the offing…although there may not be nearly enough for those who need it the most, especially in Wairarapa, Hawkes Bay and Bay of Plenty.