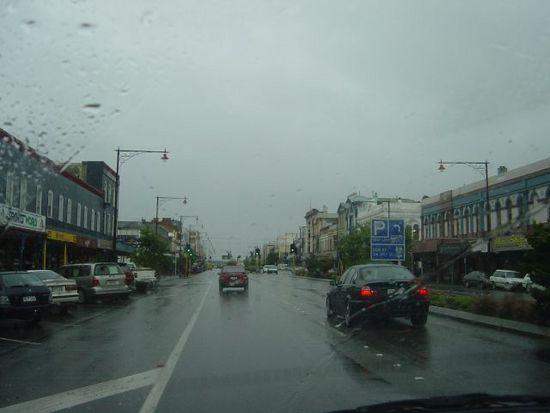 Thanks very much for all the comments in regards to the city in New Zealand with the most inclement weather.

Many cities were mentioned including Auckland,Hamilton,Tauranga, Palmerston North, New Plymouth,Wanganui,Wellington, Timaru, Dunedin, Invercargill and even Nelson got a mention!

Statistics suggest that Invercargill and Dunedin are almost neck and neck in the deep south however the southern most city has more rain days and slightly cooler conditions overall.

Palmerston North got the most comments overall for the North Island as the bleakest city but Auckland also had numerous votes.

It appears that eastern and inland areas  have the most settled conditions overall however one or 2 eastern cities are exempt from that such as Dunedin and Timaru which were acknowledged in our comments section last weekend.

Soon we’ll take a look at the most bleak town or region in the country and see what suggestions are put forward and we’d love your input once again.

West port has the most fork lightening in the country

Honestly I find it hard to believe that Greymouth didnt even get a mention here! Constant rain, cloud and snow in November.. and the “The Barber” Hmmmm.

The “problem” is that there is nothing like any universal agreement about what is “good” or “bad” about a climate. If you look at opinion in one large forum – “city-data”, which is US-based – there are hardly any climates mentioned in the greater US and elsewhere which aren’t both hated and loved by various people – and the rest – like San Diego for example – are found to be too boring or bland by others! – some seemingly can’t stand a place which doesn’t have a good tally of thunderstorms.

In many cases on that forum, I think the comments say more about the writers than they do about their targets.

Has been Auckland for this month with the continual SW wind though as I said most cities/areas get an unfavourable direction with adverse weather and then the others escape.

Thanks for the results and I knew it wasn’t ideal here in Invercargill! lol
Cheers
Chloe