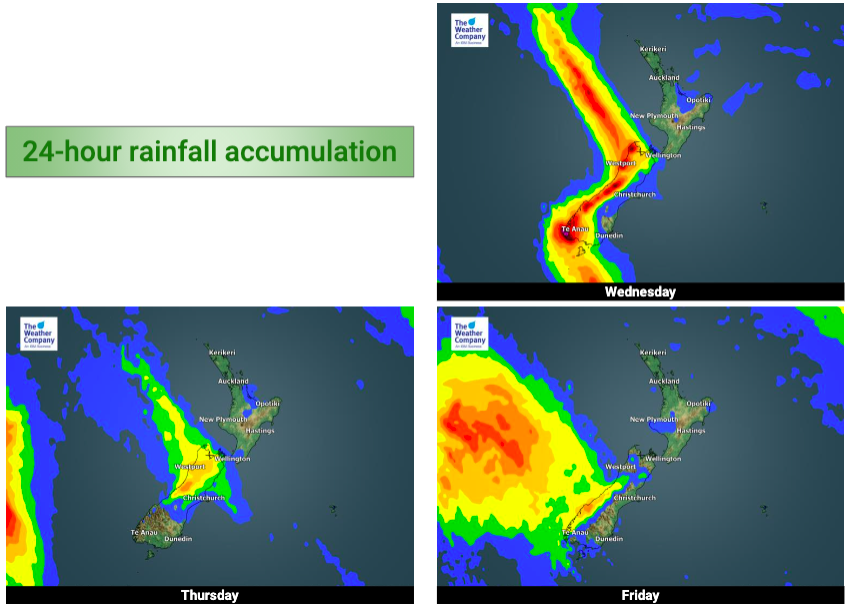 The next several days across New Zealand will see air pressure that isn’t too high and isn’t too low.

Winds don’t look overly strong although the easterlies in northern NZ will still blow through at times, perhaps most noticeable for those camping in tents and awnings.

Temperatures, while mostly normal, do look to lean slightly above average for some inland areas.

Setups like this can see cloudy weather in some regions and a few showers generated. But the general forecast is to lean drier than average for most, if not all, regions over the next week. WeatherWatch.co.nz has said since the end of 2020 that the North Island was likely to become drier in the months ahead and unfortunately that still remains the case.

This Friday WeatherWatch.co.nz & RuralWeather.co.nz will provide an outlook for the first week of March and next Monday (March 1) we will have our next ClimateWatch News and Video update, with a detailed outlook for the month of March.