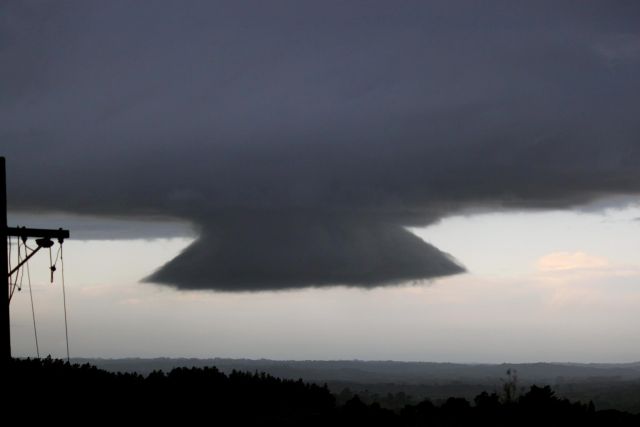 Like many of you, extreme weather can be exciting to watch.  Some parts of New Zealand have different extremes but most regions are vulnerable to the entire range at some point each year.  Extreme weather isn’t always a negative – Wellington, for example, has embraced its windy theme.

Here are my top extreme weather locations in New Zealand.

Severe Gales
If you love strong winds Wellington is certainly right up there. The winds funnel through Cook Strait between the two islands, and Wellington’s hilly geography only pushes those winds up further. During the Wahine Disaster winds clocked above 200km/h.   A less populated place would be Castlepoint in Wairarapa.

Extreme Heat
No where in New Zealand has consistent extreme heat but there are areas that certainly have warmer climates (like Northland) and hot summers (like Canterbury).  Timaru is NZ’s hot spot in recent years, hitting the 40s in 2011. But the heat capital in NZ would have to be Alexandra, Central Otago, in my view. As far from the sea as you can get in NZ the inland temps in this valley can soar to above 35 for days in a row in summer.

Extreme Cold
The downside for Alexandra is that they also have the cold extremes. Cold air sinks into the valley in winter and Alex is one of the few main centres in New Zealand than can have a daytime high below zero degrees.

Snow
Queenstown would be my suggestion for a main centre that gets snow. Dunedin, Invercargill and Christchurch are all snow recipients but Queenstown is more of a sure thing.

Cyclones
Many cyclones start to our north or north west then naturally transition  to a south easterly direction (that takes them from the tropics to the Southern Ocean).  These cyclones often wallop Northland, Coromandel and East Cape.

Fog
Waikato wins hands down. Basically a giant flat basin surrounded by oceans, rivers and swampy areas fog can linger for days without lifting.  It’s both beautiful and frustrating.

Thunderstorms
If you love thunder you may want to look for places to live along the West Coast.  It has the highest number of thunderstorms in New Zealand.  If the Coast is a little too remote for you, Taranaki is a close second.

Tornadoes
Many coastal parts of New Zealand can be exposed to tornadoes – but the highest risk is the western coastline (the same area that sees the most thunder).  Taranaki is a hot spot, so too is Auckland.  But many other regions in between are just as high risk – but not as newsworthy when a twister breaks a few branches on a farm in Waikato as opposed to lifting a roof in Auckland city.

Hail
Hail can fall in most parts of New Zealand but if you love the big stuff then you may want to visit Canterbury in summer when a southerly change is arriving.  The extreme hot and cold change sees giant showers and thunderstorms which can lead to hail stones the size of golf balls or larger.

Do you have any suggestions for this list?  If you know of a NZ location that you think is the most extreme in the country let us know by posting a comment below!

Well I’m glad I live in Auckland I love tornados but I never seen one close on well its rain hard outside so fingers crossed.

Having lived in Qtown I can tell you that its not a very snowy place at all, and a lot of years Chch has more snow falling.

For less populated places near sea level, the site at SouthWest Cape so far has an average windpseed of about 38kph.